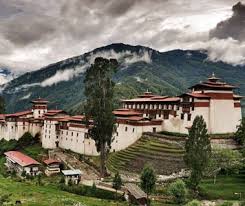 
About The Travelers Club

Operating from Siliguri, The Travelers Club has become one of the most celebrated names in the travel industry. Our aim of providing the best travel services to the clients at affordable charges has made us a notable name in the industry of tourism. We are in the business of offering best-in-class travel services to the clients. Our list or travel services include tour operator services, hotel booking services and event organizing services. We also offer various tour packages such as honeymoon holidays, adventure tour, pilgrimage/ religious tour, family holidays, etc. All these tour packages will provide the best travel experience to various holidaymakers. We have appointed some of the most experienced and dedicated travel industry experts in our team to assist various travelers in getting them the best deals. Read More...

More Packages by The Travelers Club