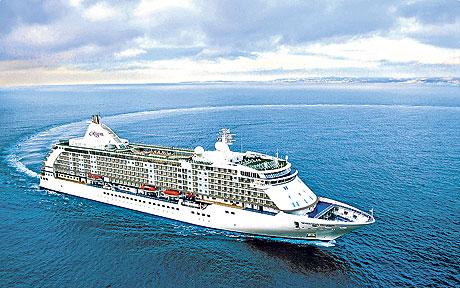 Rarely Seen By Visitors or Locals Alike, the British Isles Begs for a Wider Discovery of Its Offshore Islets, Rock Stacks, Lonely Lighthouses, and Hermitages. Long Abandoned By the Intrepid Medieval Settlers, Britain Today Boasts a Plethora of Island Sanctuaries Where Time Has Stood Still. this Apex Itinerary Offers a Wonderful Mixture of English Gardens, Seabird Citadels, such as the Skellig Islands, and Even Haunting Iona, Claimed Resting Place of Macbeth. What Makes this Expedition So Perfect is Its Timing. Towards the End of May, Observe the Start of What the Locals Call “flaming June,” Summer Arriving, At Last. Seabirds Will have Completed Their Pre-laying Exoduses, Garden Birds Abound, and the Wild Flowers Will Be At Their Brightest and Most Fragrant. Join Us On this Finely-crafted British Isles Cruise, Perfectly-timed to Explore the “wilder Side” of Great Britain.

Apex Expeditions specializes in biologically and culturally unique travel experiences that explore the world’s most fascinating places. Our expeditions are inspired by a passion for true exploration and a desire to better understand our ever-changing and increasingly threatened planet. Read More...