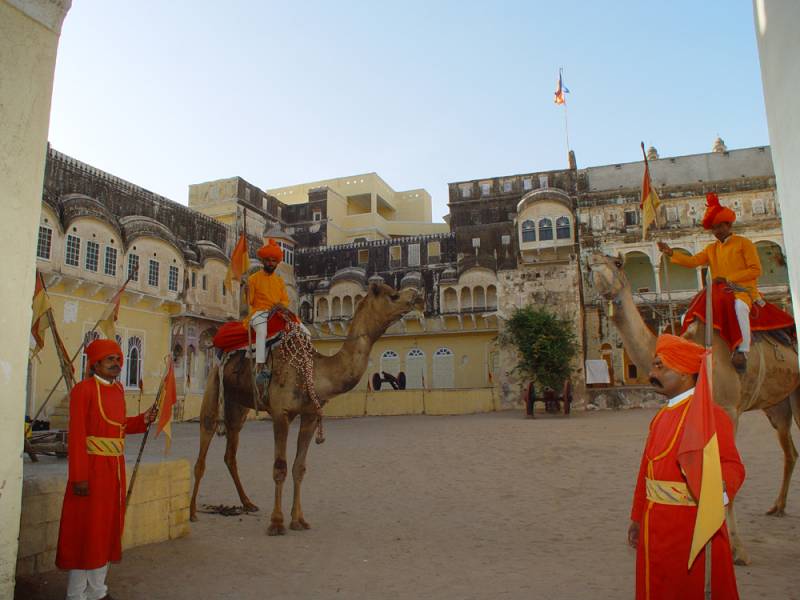 Tour Highlights: Qutub Minar – World Heritage Site in Delhi. Boat ride at River Ganges in Varanasi. Wonder of the World Taj Mahal in Agra. Bharatpur Sanctuary (Keoladeo Ghana National Park) is one of the finest bird parks in the world. Experience the real Indian lifestyle and the rural interaction with the villagers in Garh Himmatsingh. 02 Jeep Safaris in Ranthambhore National Park to observe the activities of The tigers, a variety of birds including Owlets, the ubiquitous Langur (monkey), Leopard, Caracal, Hyena, Jackal, Jungle Cat, marsh Crocodiles, Wild Boar, Bears and various species of Deer, which are the other attractions. Jaipur – Elephant ride at Amber Fort in Jaipur. The only Brahma temple of world in Pushkar. Boat ride in Lake Pichola in Udaipur. Train safari through wooded hills on Aravali range. Meharangarh Fort: One of the largest forts in India, it is unsurpassed in beauty and grandeur. Evening visit to Sam Sand Dunes and experience Camel ride. Bikaner Camel Breeding farm - It is 10 kms away from the city and probably the only. one of its kind in Asia and managed by the government. Adorned Haveli’s of Mandawa.