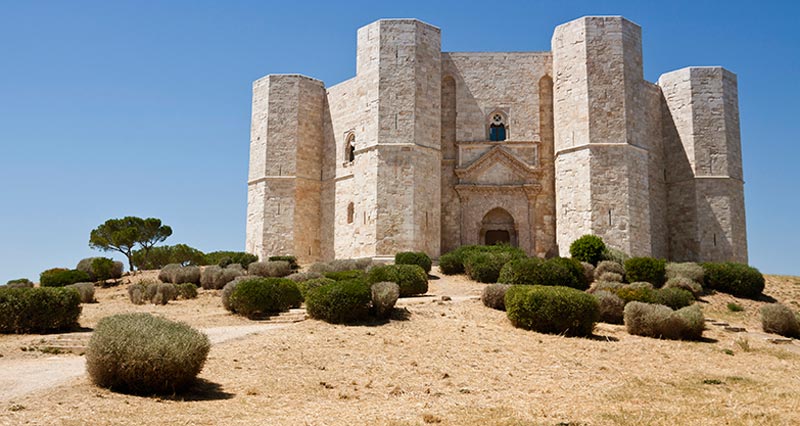 This 17-day tour will appeal to those looking to take ‘the road less travelled’ through the regions of Puglia and Basilicata, and on to the famous archaeological sites of the Bay of Naples. We explore sites ranging from the cave dwellings of Matera to ancient Greek colonies, fine Norman castles and cathedrals and the striking scenery of the Salentine peninsula. Along the way we enjoy the fine food and hospitality that is traditional in southern Italy, a region still delightfully free of mass tourism. An optional four-day extension to Capri and Amalfi is also available. Experience The history and classical archaeology of southern Italy on display at Paestum, Pompeii and Herculaneum Thousands of years of history ranging from the Greek colonists and the Romans in the classical age to the Arabs, Normans, Germans, Aragonese, Spanish, Bourbon and French The rich diversity of landscapes, from rugged mountain ranges to stunning Mediterranean scenery The excellent regional food and wine traditions of southern Italy HIGHLIGHTS The ‘Southern Baroque’ architecture of Lecce Unique ‘sassi’ cave dwellings in Matera, one of Italy’s most remote cities The medieval castles and cathedrals of Puglia, built by Norman and German rulers The battlefield of Cannae, where Hannibal defeated the Romans in 216 BC Hidden artistic and architectural gems of Naples seen by relatively few tourists Paestum, Pompeii and Herculaneum – Europe’s premier archaeological sites Capodimonte, one of Italy’s finest art galleries Italy’s most important archaeological museum in NaplesReturn international/domestic air travel unless those flights take place during the tour Special taxes and airport levies that can only be paid in cash at the destination. We will advise you of these charges (if any) before you depart Costs involved in obtaining visas for countries visited, where required Travel insurance. We require all participants to have comprehensive travel insurance. A typical policy for one of our tours will cost from $160 upwards, depending on your age, pre-existing medical conditions, the countries you are visiting and the overall length of your trip Lunches and dinners not specifically mentioned as included in the itinerary Personal expenses such as laundry and phone calls Costs associated with any activity mentioned as “optional” in the itinerary, or any suggested free time activity