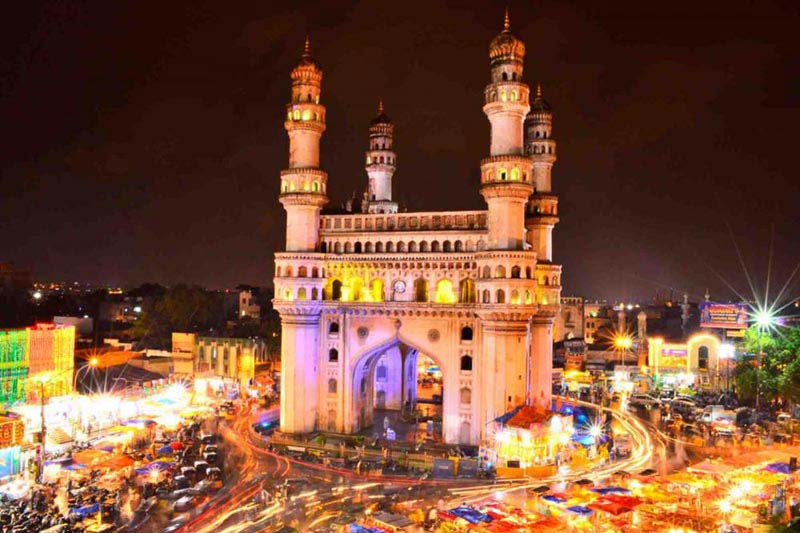 Hyderabad is the largest city in south Indian state of Telangana. Currently, Hyderabad was historically known as a pearl and diamond trading centre, and it continues to be known as the City of Pearls. Many of the city's traditional bazaars, including Lad Bazaar, Begum Bazaar and Sultan Bazaar, have remained open for centuries. Hyderabad attractions Ramoji Film City - Situated in Hyderabad at 1666 acres. It is world’s best film city. It is a very famous tourist place, it has an amusement park also. It was setup by Ramoji group in 1996. Number of films in Hindi, Tamil, Telugu, Malayalam, Kannada, Gujarati, Bengali, Oriya, Bhojpuri, English and several TV commercials and serials are produced here every year. Birla Mandir - Hyderabad is a very huge temple. It took 10 years of construction. It is a hindu temple. The architect of the temple is a blend of Dravidian, Rajasthani and Utkala style. the temple was constructed by Birla foundation. Qutub Shahi Tombs - Located near famous Golconda Fort. It was planned and built by Qutub shahis themselves. The tombs form a large cluster and stand on a raised platform. These tombs are known as oldest historical monument of Hyderabad. CharMinar - Very popular tourist destination of Hyderabad. The Charminar was built in 1591 by Mohammed Quli Qutub Shah. It has become a famous landmark in Hyderabad and one among the known monuments of India Golconda Fort - Also known as Golkonda or Golla konda. The most important builder of Golkonda was Ibrahim Quli Qutub Shah Wali, it is situated 11 km west of Hyderabad. The Golconda Fort consists of four different Forts. The fort of Golconda is known for its magical acoustic system.Any meals other than those mentioned above Any train fare or airfare Other transportation that is not mentioned in the itinerary Entrance fees to the monuments, amusement parks & boating charges Any other charges like portage at the airports and hotels, tips, insurance, mineral water, wine, telephone charges, and all items of personal nature Any other services apart from those mentioned in inclusions Any other expenses caused by factors beyond our control like rail and flight delays, roadblocks, vehicle mal-functions, political disturbances etc GST applicable on total package cost