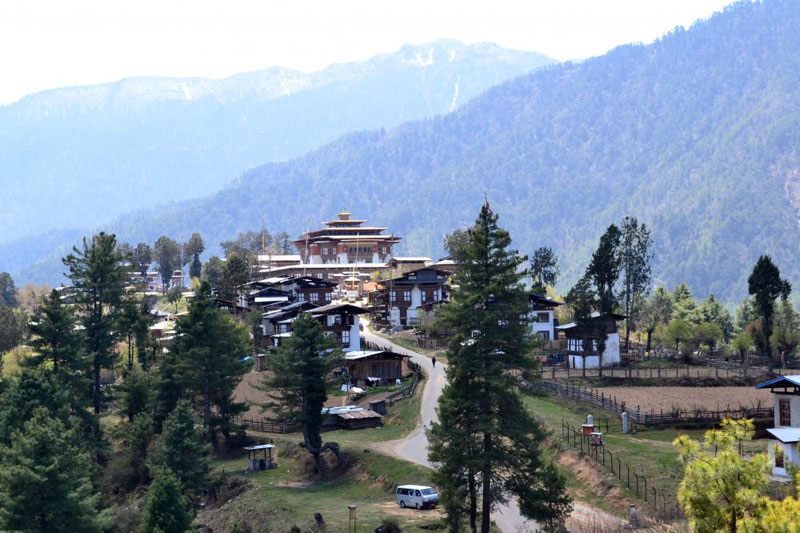 Description : Your introduction to our enchanting kingdom begins on a flight over the Himalayas into the lush green valley of Paro; truly one of the world’s most spectacular sights. Flying into Paro, Bhutan is a unique experience altogether. You will view the world’s highest, most majestic peaks and enjoy the view of the approaching valley with its primeval alpine forest, monasteries, temples and farmhouse nestled in splendid mountain isolation. Welcome greeting in a Bhutanese style with Tashi Khada (white scarf) by our representative & your guide at the Airport. You will be driven to hotel for refreshment and a brief discussion on your tour program. (Please note; your itinerary shall be flexible and your guide shall give you options based on your interest) Package Includes : Royalty and taxes to the government Visa fees Entrance fees to various museum and temples Accommodation on twin sharing basis ( 3 star hotel & above ) Meals ( breakfast, lunch & dinner ) Licensed Bhutanese tour guide Ground transport within Bhutan All sightseeing as specified in the itinerary. Camping equipment and gear for trekking Ponies and pack animals on treks The rates given above are applicable per tourist per night halt in Bhutan. On the day of departure, the ‘local agents’ host obligation shall be limited to breakfast only and any extra requirements shall be payable on actual basis. The rates shall apply uniformly irrespective of locations and the type of accommodation provided/asked for. List of hotels and lodges approved for international tourist accommodation updated from time to time shall be issued by TCB. The 10% agency commission payable to agents abroad shall not be deductible from the surcharge. The surcharge will not be applicable to representatives of foreign travel agents on business study or promotional visit duly approved and cleared by TCB.

A sole proprietorship travel agency, Bhutan Glacier Tours is an inbound tour operator. Ours is a licensed entity, registered under tourism council of Bhutan, Royal Government of Bhutan and Association of Bhutan Tour Operator. Our trade operations are collaboratively handled by Ms. Namgay Wangmo and Mr. Tenzin Dorji. Our company base is located in Thimphu, Bhutan. As a company, we came into being in 2014. Business astuteness of mentors and undeterred enthusiasm of workforce have always been a guiding light for the company to achieve set targets in a seamless manner. Read More...