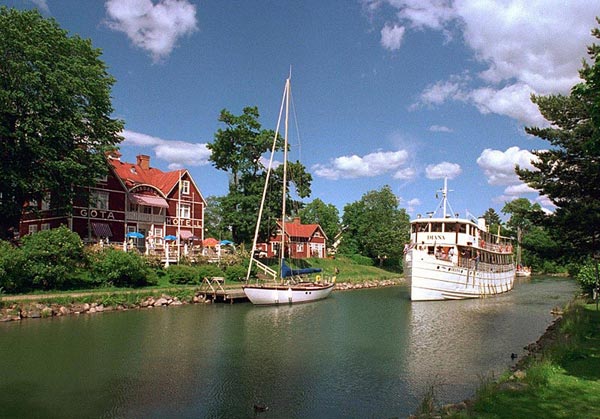 OVERVIEW
The Grand Sweden Cruise is our six-day premium cruise on the Göta Canal. Travel on board our youngest ship M/S Diana between Gothenburg and Stockholm and you choose your direction. During the canal cruise the boat docks every night, during the day we make nine stops for guided excursions and sightseeing to attractions such as Läckö Castle, Vadstena Castle and Birka, the Viking City. As always breakfast, lunch and dinner are included in the price.