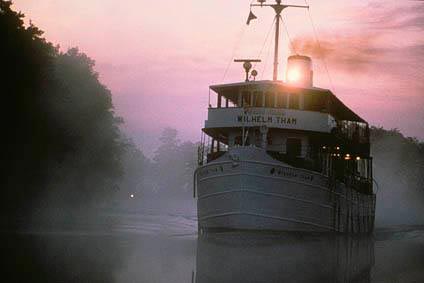 MAIN DECK C OVERVIEW The Göta Canal Highlights is our new cruise, which allows you to enjoy the most beautiful parts of the Göta Canal at a relaxed pace. The trip takes you from the city of Mariestad on the shores of Lake Vänern to Norsholm in the province of Östergötland, or vice versa. Full board with breakfast, lunch and dinner is included. The classic canal boat, M/S Wilhelm Tham, launched in 1912, is docked each night. Optional connecting bus transfers available.International Airfare Airport taxes Shore excursions Gratuities Personal insurance / personal items $25 Service fee