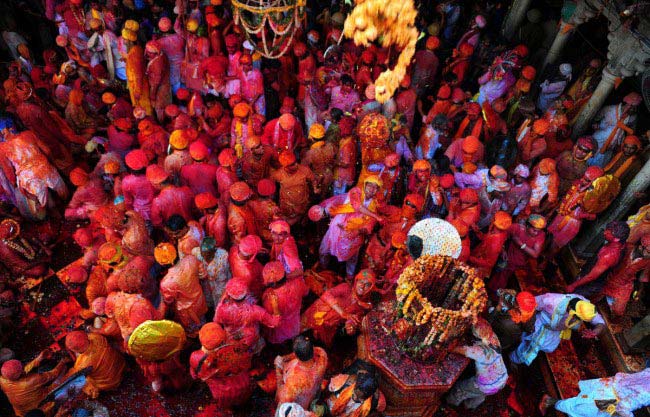 Holi is one of the festivals observed among Hindu religion in Nepal. But now Holi is celebrated in many places by many people. The word “Holi” is also known as the Festival of Colors. As per the Hindu calendar, Holi is celebrated on the Falgun Purnima (Full Moon Day), which comes in February or March, in the Gregorian calendar.Every year, thousands of Hindus participate in the festival Holi. First and foremost, it celebrates the beginning of the new season, spring. Originally, it was a festival that commemorated good harvests and the fertile land.People walk down their neighborhoods to celebrate Holi by exchanging colors and spraying colored water on one another. The word "Holi" originated from "Holika" sister of Hiranyakashipu.According to the belief, in the place called Vaishnavism, Hiranyakashipu was the great king of demons. He had a son named Prahlada, who was a devotee of Lord Vishnu. But his father Hiranyakashipu did not like his son because he was a devotee of Lord Vishnu. Then he decided to kill his own son parhlada. He tried his best but his son Prahlada did not die. Finally, he ordered young Prahlada to sit on a pyre in the lap of Holika, Hiranyakashipu'sdemoness sister, who also could not die because she had a boon preventing her from being burned by fire. Prahlada readily accepted his father's orders, and prayed to Lord Vishnu to keep him safe. When the fire started, everyone watched in amazement as Holika burnt to death, while Prahlada survived unharmed. The salvation of Prahlada and the burning of Holika is celebrated as Holi.