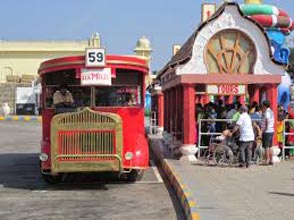 Hyderabad is culturally rich city of India. Renowned as the City of Nawabs, it specializes in aromatic biryani made from lamb and chicken. The traditions of the city have been passed down from Nizam monarchy. This tour offers you a chance to visit some of the historical monuments, amusement parks, holy places and museums in Hyderabad. Apart from sightseeing, you can also go for boating, joy rides and much more.Any meals other than those specified. Expenses of personal nature such as tips, telephone calls, laundry, liquor etc. Entrance fees during sightseeing. Guide service at all destination and monuments. Any other item not specified. Driver tip.


About Forever Tour to India

Forever Tour To India is a travel agency that is engaged in offering excellent tour and travel services to the tourists. The company is operating from its headquarters that are based in Jaipur (Rajasthan, India). Ms. Nisha Saini (Owner) laid the foundation stone of the company in the year 2014 with a motive to organize memorable and dream-like vacations at excellent destinations. We consider India as the most diverse land that attracts lot of tourists’ attention. We stringently follow the Guest is god policy by providing excellent services in the tourism sector. In order to accomplish the motive of our director, Mr. Subedar Major Kishan Lal Saini, we are striving to fulfill all the travel requirements of our clients. From the beginning to the end of the trip, our priority is tourists comfort. Read More...