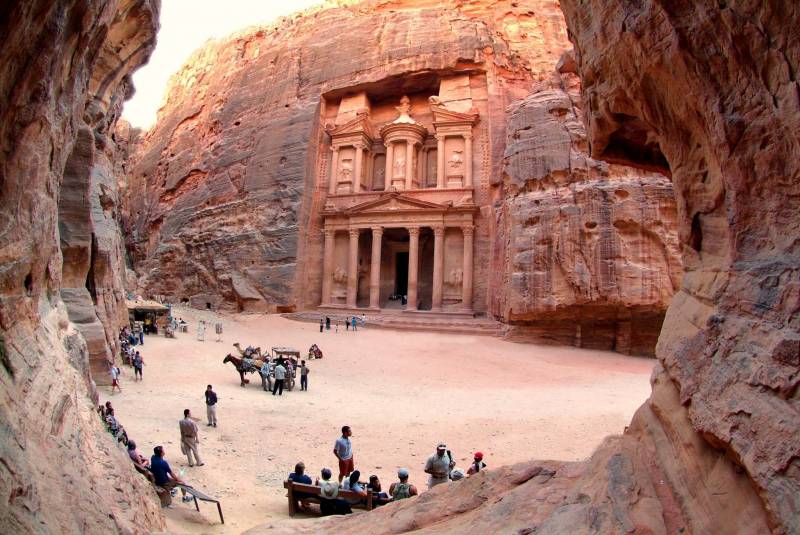 The Kingdom of Jordan, Which Once Captivated Ancient Travellers, Continues to Enthral all .
from the Haunting Desert of Wadi Rum, to the Teeming Centre of Urban Amman, from the Majestic Ruins of Bygone Civilizations in Perta and Madaba to the Timeless Splendour of the Dead Sea, Jordan is Unveiled as a Unique Destination Offering Breathtaking and Mysterious Sights, High Standard Accommodations,Exquisite Cuisine and Countless Activities that You Can Enjoy.


What Makes this Tour Special ?

Visit Greco-roman City of Jerash (pompeii of East )
City Tour and Shopping in the Souks of Amman
Float On the Dead Sea and Read a Book ! ( Definitely On Everyones Bucket List)
Visit Madaba , the City of Mosaics and Its Byzantine Churches
Mt Nebo, the Resting Place of Moses
Unesco Site Petra ..one of the New 7 Wonders of the World
Little Petra
Jeep Safari in Wadi Rum , Largest and Spectacular Desert of Jordan
a Unique Camping Experience On the Martian Landscape of Wadi Rum
Free Time in the Beach Town of Aqaba
Many Interesting Optionals You Can Choose from as per Your Personal Choice and TasteAirfare and Visa Charges and Charges for Related Procedures

any Meals/services Not Mentioned in the Inclusions

any Tickets or Entrance Fees Not Included in the Inclusions