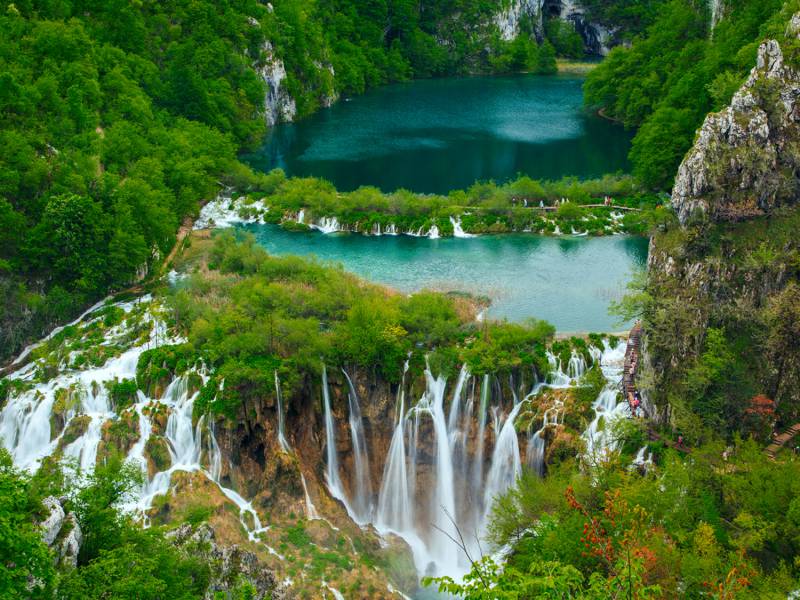 Croatia with Game of Thrones Tour

Croatia, situated on the Adriatic Sea, is one of the most beautiful countries in Europe. With its unique location, deep cultural roots, and incredible history... it's a must-see. Top Reasons to go to Croatia Game of Thrones shooting locations:Klis fortress in Spilt, Lokrum Island,Kings landing in Dubrovnik and many such exciting places to be seen and take a Selfie at all of them ! Natural Beauty : The Croatian coast is absolutely stunning.The water is crystal clear and turquoise blue with thousands of islands and islets. Plitvice Lakes National Park, a great example of nature's beauty. History:Several Stone Age sites have been discovered all over the country along with numerous caves containing hand made objects from people alive centuries ago. Most towns have historical centers with typical Croatian architecture. The Food:Croatian food is a delectable combination of classic Mediterranean and Italian flavor with a new-world twist. Croatia is also known for its impeccable wine selection. The Culture:A modern country with modern features, yet Croatia embraces a laid-back vibe. You can experience the best of both worlds: a fast-paced city atmosphere with the ambiance of a relaxed coastal town. The Climate:Croatia has a Mediterranean climate, which means mild winters and gorgeous spring and summer seasons. The average of sunshine hours is 2,600 per year. That makes Croatia one of the sunniest regions on the Mediterranean. What makes this tour special ? The Game of Thrones special locations Klis fortress in Spit Lokrum island and Iron Throne King’s Landing in Dunrovnik Palace gardens in Trsteno. Zagreb city sightseeing tour & Visit to the Museum of Broken Relationships Plitvice National Park (UNESCO World Heritage Site)with local guide Split Diocletian Palace and and Klis fortress sightseeing tour the sets for the Game of Thrones show. Korčula island and walking tour of birth place of Marco Polo Boat trip to Lokrum island Old town of Dubrovnik walking tour Konavle region and traditional folklore danceAirfare and visa Any extra activities. Any medical expense. Anything not mentioned in inclusions. All Govt. Taxes as applicable. Extra meals, laundry, internet, soft and hard drinks. Porterage & Tips