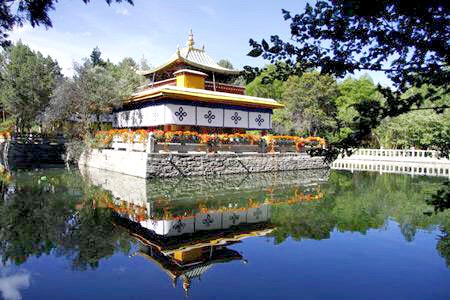 Lhasa Tour, The Center Of Tibet: B - 6 Days In Tibet

Any Air fare not mentioned to and from Kathmandu Nepal & tibet visa and any airport tax in general Any meal which is not mentioned in the program Personal Travel insurance Photography fees inside monasteries Extra cost due to natural and political causes such as landslides, unrest, snow, strikes etc. All personal / nature expenses of table drinks, telephone, laundry, tips to guide, driver, escort, restaurant etc. NOTE: The guides in Tibet are selected by Tibet guide association randomly, sometime the level of English language are very poor which we cannot do anything to avoid.01-0131-12

Sampurna Adventura Travel & Tours Pvt. Ltd. is One of the Leading Tour Operators in Lalitpur, Nepal. We Offer An Array of Premium Services to Our Clients in the Most Viable Manner. Clients Can Avail Airline Ticketing Services, Rail Ticketing Services, Passport & Visa Services, Travel Insurance Services, Hotel Booking Services, and Car & Coach Rentals. Our Team of Well-trained Professionals is Adept in Offering Tailor Made Domestic and International Tours to Our Clients. We Own An Extremely Competent and Well-trained Staff that Caters to Numerous Sectors of Travel & Tourism. Our Inbound Tours Take the Travelers to Popular Spots Across India. Our Outbound Tours Take the Ardent Roamers to Fascinating Tourist Spots of Tibet, China, Bhutan, Maldives, Bangladesh, and Sri Lanka. Read More...