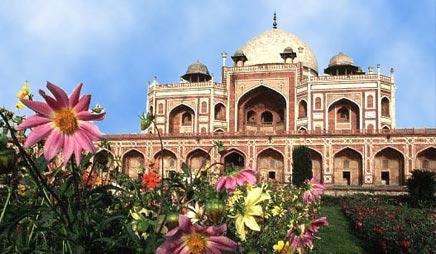 A family safari is a great way to experience the Indian Wildlife & Nature with your family. Have fun with our expert guides who'll take you on adventures you'll remember forever. C more brings you this unusual adventure and cultural combination tour which takes you from cultural and Historical glimpses of Delhi, Agra & Jaipur to the deep jungles of Ranthambore Tiger Sanctuary in Rajasthan.10% DISCOUNT (if booked 90 days in advance with full payment) per person on Twin Sharing basis subject to minimum 2 pax travelling together. GROUP Discounts available on minimum 10 paying pax

Other Terms & Conditions :
C'MORE "The Company" accepts bookings subject following conditions:
On confirmation of the programme from the " Company " a deposit equal to 50% (fifty) of the contracted value of the tour price is required to be sent directly to the "Companys" bankers, vide swift transfer/ credit card with a confirmation copy of the same to the "Companys " headquarters, at New Delhi. The balance of the contracted value 50% (Fifty) shall be paid not less than 35 days before commencement of tour OR a deposit of 100% (Hundred) is required 35 days before commencement of tour.


CANCELLATIONS: Travel dates may be changed up to 35 days prior to travel without penalty. An administration charge of 10% will be charged, if a confirmed booking is changed or transferred up to 35 days before commencement of the tour. After this time all changes will be treated as cancellation and will be subject to the charges mentioned below. Cancellation charges are calculated from the day, written acceptance of confirmation along with deposit is received by the “Company” and expressed herewith as a percentage of the total tour price including surcharge as follows:


All disputes subject to Delhi Courts only.