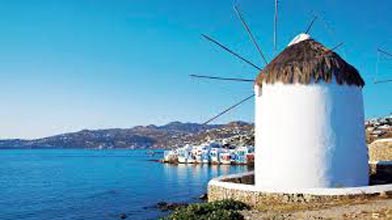 Cruise Greek Islands and Turkey and stay in Mykonos See the cosmopolitan Mykonos world famous for its nightlife and continue your luxury cruise to Greek Islands and Turkey with visits to Patmos, Kusadasi, Crete and Santorini. Take advantage of the breeze of the Aegean Sea and enjoy the sun.* International air tickets * Visas * Tips on hotels and Restaurants * Travel insurance (recommended) * All personal expenses * Everything not mentioned in the Included section * Entrance fees, Port taxes, shore excursions and service charge on cruise USD 17419-0322-10