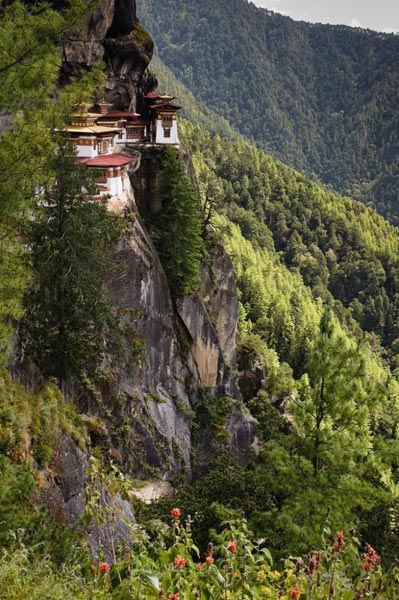 The tour includes a visit to the Bhutanese capital - Thimphu, the old capital - Punakha, a day at the green valley of Haa, and finally, Paro - home of the international airport. The tour extends to the Haa valley which, until 2002, was closed to the outside world. Less than 10% of visitors to Bhutan make it to this picturesque valley. The strong-boned and resilient people of Haa inhabit the high valleys above 3000m. Typically yak herders and farmers, they cultivate high altitude crops such as wheat, potatoes, barley and millet.
The drive from Paro to Haa passes through Chele La, the highest motorable road in Bhutan so be prepared for spectacular views. Schedule your trip during the annual Haa Summer festival to see the weaving and making of yak hair tents from scratch! Get to see a variety of yak products on display, learn about the process of yak shearing and wool making, experience the culinary traditions of Haa as you see how they transform yak dairy into delicious traditional meals. Expect to stumble on beautiful, one-of-a-kind bargains as the people of Haa are known for their skills in the 13 traditional arts and crafts of Bhutan.Druk air flights [Please note that the cost of any domestic airfare for the guide must be paid by the clients/agents].
Travel & Medical insurance coverage.
Table Drink/beverage.
Drinks/ beverages during sightseeing / drives.
Communication charges, laundry, tips, porters at hotels.
Other expenses of personal nature.1-631-5


It is Bhutan government rule that total tour payment must be remitted without which the government will not issue your tour visa.So please do remit the full tour payment, in order to get your Bhutan visa processed.