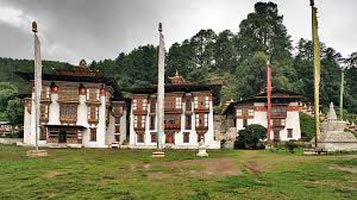 Established in the year 2010 with the vision to facilitate tours and travels, Kins Traveler, is now among the leading tour & travel companies in Bhutan. Its CEO, Mr. Rajesh leads the company with the motto to promote Bhutan tourism globally, by not compromising with its natural heritage and beauty. Kins Traveler also promotes tourism in Nepal with the will to uplift both these countries in the tourism sector.\r\n\r\nWe serve our clients with generosity and offer the best deals to them at affordable rates. Our clients can pick and choose from a variety of services and tour packages and travel to any part of the world. Our services also facilitate intra-country travels and we assist our clients in everything that travelling involves. Our exclusive Bhutan and Nepal Tours aim to connect Bhutan and Nepal to the rest of the world and help travelers from these countries and the world to explore surprising destinations across Bhutan and Nepal.\r\n\r\nWe are based in the capital city of Bhutan, Thimpu and our main areas of operation are Bhutan and Nepal. Satisfaction of our clients is our reward and we look forward to serving our clients every time they undertake a journey. We offer the best deals in the tourism market at affordable rates and we ensure a wonderful time to our clients throughout their journeys. Remember to choose us the next time you decide to travel Read More...