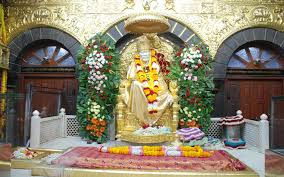 The Albanians first appear in the historical record in Byzantine sources of the late 11th century. At this point, they are full Christianized. From the 15th century until the year 1912, Albania is in the hands of the Ottoman Turks where the Islam overshadowed Christianity. In 1969, religions were officially banned in Albania, making the country the first and only constitutionally atheist state ever. Knowing this, would you believe that one of the most devoted Christian “Mother Teresa” was originally Albanian? After the fall of Communism in 1991, there are three major religions in Albania, namely Islam, Catholic and Orthodox. Nowadays, religion doesn’t play a large role in Albania, making it the thirteenth least religious country in the world. Knowing this, Albania is an interesting destination to visit if you are interested in the history of religion in Albania, churches and mosques.

Albania2go, Dutch/albanian Owned, is a Young, Dynamic and Ambitious Destination Management Company Focusing On a Personal Touch Between Us and Our Customers. We Offer a Range of General Packaged Tours, But We are Specialized in Our “out of the Box” Thinking Which Distinguishes Us from Our Competitors. We Organize General Tours for Our Partners Coming from Different Countries of the World, But We Can also Provide Strong, Personal Tailor Made Programs Up to Your Wishes. albania2go Offers Tours Where You Can Discover An Unknown But Fascinating Country with Unique and Unforgettable Experiences in a Sustainable Way. we Urge You to Visit the Last Undiscovered Country in Europe Now Before the Mass Converts Secret Spots Into More Crowded Destinations. Albania Has Plenty to Offer; Breath-taking Views to and from the Numerous Albanian Mountains, Beautiful Unspoiled Beaches with Its Crystal Clear Water, Mouth-watering Cuisine, Unesco World Heritage Sites, Pleasant Mediterranean Climate, Unique Culture and Traditions and the Friendly Locals. specialties tailor Made Tours, Themed Tours, Destination Management Company, Local Expertise, Mice Read More...