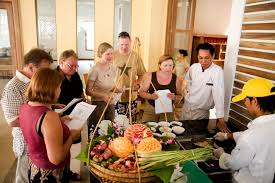 This tour is for people interested in the most unknown countries of Europe, Albania and Kosovo (also extendable with visiting Macedonia). Albania just opened up for the rest of the world after a long period under Dictator Enver Hoxha and is for a lot of people an interesting destination to visit, so is Kosovo. This country declared itself independent in 2008 and is the newest country in Europe. Both countries have their uniqueness, Albania with its cultural and historical heritage, beautiful beaches and welcoming people, Kosovo with its interesting history, delicious wines and rich natural resources. This tour last 6 to 10 days (tailor-made up to your wishes) and the visits may include: Tirana – Ardenica– Apollonia– Vlora – Berat –Kruja – Durres – Prizren – Pristina – Extendable with Skopje and Ohrid.

Albania2go, Dutch/albanian Owned, is a Young, Dynamic and Ambitious Destination Management Company Focusing On a Personal Touch Between Us and Our Customers. We Offer a Range of General Packaged Tours, But We are Specialized in Our “out of the Box” Thinking Which Distinguishes Us from Our Competitors. We Organize General Tours for Our Partners Coming from Different Countries of the World, But We Can also Provide Strong, Personal Tailor Made Programs Up to Your Wishes. albania2go Offers Tours Where You Can Discover An Unknown But Fascinating Country with Unique and Unforgettable Experiences in a Sustainable Way. we Urge You to Visit the Last Undiscovered Country in Europe Now Before the Mass Converts Secret Spots Into More Crowded Destinations. Albania Has Plenty to Offer; Breath-taking Views to and from the Numerous Albanian Mountains, Beautiful Unspoiled Beaches with Its Crystal Clear Water, Mouth-watering Cuisine, Unesco World Heritage Sites, Pleasant Mediterranean Climate, Unique Culture and Traditions and the Friendly Locals. specialties tailor Made Tours, Themed Tours, Destination Management Company, Local Expertise, Mice Read More...