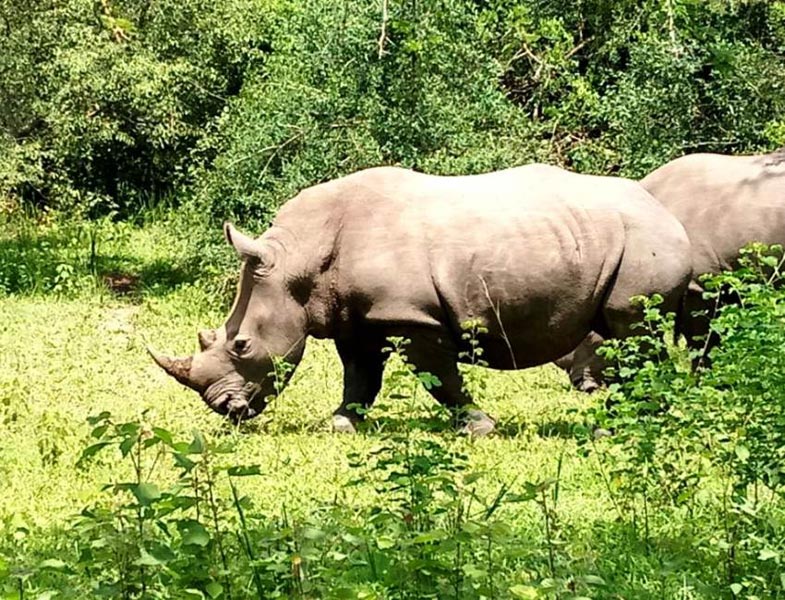 This safari offers you with a wide range of wildlife viewing activities all year round in some of the Kenya’s premier game parks and reserves. The itinerary will give you the real taste of Kenya’s great wilderness, birding and cultural heritage. You will be able to see the big five and many other Savannah plain animals as well as several species of African birds. At the end of this safari you can decide to add some few days (3-4 nights) to visit Kenyan Coast or Zanzibar for your beach holidays.International flights (from/to the client's home country)
Additional accommodation before and at the end of the tour
Tips
Personal items (souvenirs, travel insurance, visa fees and other personal items)

What makes Africa distinctively unique and outstanding Is it the usual stories of poverty and disease No. Have you ever experienced the warmth and hospitality of our people Our rich and priceless cultural heritage Is it the magnificent wildlife and breathtaking wilderness Is it the beautiful sceneries Ever wondered why we insist that ‘there is no hurry in Africa’ It’s because paradise is a place in Africa and we are best placed to get you there.Kikwetu Cultural Adventures has vast knowledge and diverse experience that has been carefully weaved and packaged into cutting edge services. These wide range services are tailored made to meet the ever changing demands and needs for clients who desire to understand and appreciate the diversity of Africa. We are passionate about showcasing the details of our lifestyle, wildlife, and cultural heritage with intimacy and interest. ‘Kikwetu’ is a Swahili word that loosely translated means ‘our traditions’ or ‘our culture’. Kikwetu Cultural Adventures understands, packages, and narrates to the world the culture of African communities. We immerse and integrate our clientele into the Kikwetu culture enabling them to own and explore the adventures of Africa. Kikwetu Cultural Adventures offers in-bound, out-bound, and domestic safaris with the following market segments: cultural tourism, wildlife and game drives, romantic tours including honeymoon packages, beach holidays, walking and cycling safaris, mountain climbing, gorilla tracking, bird watching, volunteer and home stays, and educational trips. The company motivation is driven by a deep interest in taking you to those breathtaking and life changing destinations that gives you the best and most memorable experience beyond your safari expectations.The team at Kikwetu Cultural Adventures consists of highly qualified and experienced personnel who understand the African terrains, exemplified by the incredible customer comments and 5-star rating at SafariBookings.com. We are a customer service oriented company with a very supportive staff that puts all customer concerns, whether minor or major into top consideration and promptly provide feedback regardless of time differences. This we believe enables our clients to make the right decisions, at the right time and at the right price while ensuring maximum utilisation of their resources throughout their stay in the target tour destinations. Kikwetu Cultural Adventures is the ultimate tour and travel destination in Eastern Africa with carefully tailored itineraries that meet the expectations of the diversified customer base. At Kikwetu, we are patient thus able to attentively listen and respond to our customers’ needs to help them to either plan for group or private and personalised tours in the terrains we understand better. Our organisation designs and provides services packaged in a unique itinerary for clients with special interests and needs. Give us the details of your safari and we will design a customised itinerary that you will not only cherish but definitely guarantee you value for money!As part of continuous improvement, customer suggestions are valued and mostly incorporated into the daily action plans at Kikwetu Cultural Adventures. Hence, we are available 24/7 for online chats, calls, and emails to proactively respond to questions, inquiries, and suggestions. Please purpose to join us and immediately become part of Kikwetu Cultural Adventures in its endeavour to be the hub of African tourism. Read More...