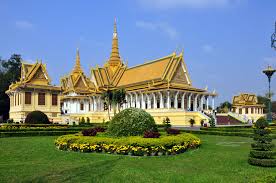 Travel Routes is a professionally managed firm, operating as a single-window solution provider for a variety of tour & travel services. The company got established in 2012 with a sole motive to make travel simple and affordable for all. Working in this, we have designed tours by destination and tours by theme that one can easily browse, modify, and book as per his/ her convenience. Being a responsible tour operator, we ensure that the provided travel services and solutions meet the specific requirements of the clients. Read More...