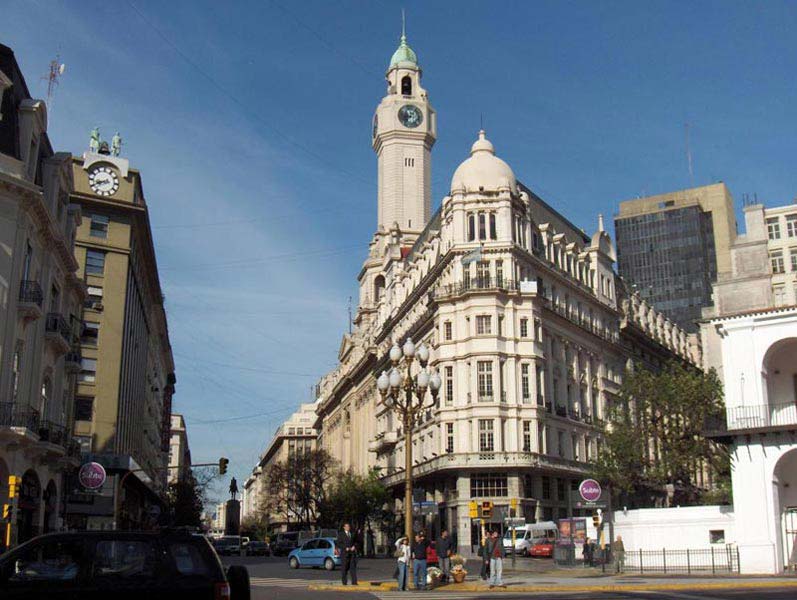 Sightseeing & Excursions Rio de Janeiro (Brazil) Visit Sugarloaf – one of Rio’s most recognizable landmarks Day Trip to Corcovado – see the Redeemer of Christ Statue, the Wonder of the World!!! Boat Tour of Guanabara Bay Iguassu Falls (Brazil & Argentina) Morning Tour of the Falls from the Brazilian Side The Great Adventure Boat Ride Dinner show at Rafain – a cultural delight (Samba Show) Buenos Aires (Argentina) City Tour of Buenos Aires Tango show Cuzco (Peru) City Tour Full Day Excursion to Machu Picchu by train with guided tour of the ruins, train tickets and entrance fees. The natural Wonder of the World!!! Lima (Peru) City Tour including Main Square (Plaza Mayor), the Government Palace, City Hall, Cathedral, House of El Oidor, Colonial Architectural Jewels such as Torre Tagle Palace, a beautiful mansion dating back to the 18th Century.Baggage handling and airline Baggage Charges Cost of Visa for USA citizen only (7M Tours is not responsible for rejection in Visa by consulate) Early check in in the Hotel. Anything not included in the package Any tours, transfers or event tickets not mentioned in package Travel and medical Insurance to participate in tour Airports Departure Taxes Meals other than what is mentioned in your itinerary Tips of any nature i.e. drivers, guides, tour managers etc Any expenses of personal nature such as porterage, laundry, wines, mineral water, food and drink not in the regular menu provided by us, mini bar, telephone calls, pay channels etc. Cost of excursions, city sightseeing, entrance fees and local guides availed of by the passengers, other than that mentioned in ‘Inclusions’

A Deposit of 25% WILL BE REQUIRED to start booking process. Remainder 75% of payment due no later than 7 DAYS prior to client arrival.

Terms & Conditions Surcharges apply for any trade fair/special event/weekend in any other event in city. We reserve the right to use alternative accommodation, sightseeing tours and transfer of equal or higher standers. No refunds either in part or full will be made for any unused services in above package like ground transportation, meals, accommodation, sightseeing tours. We are not responsible for any missed breakfast, lunch or dinner due to flight timings. No Intercity surface transfers are included unless specified in the package. We are not responsible for any baggage charges by any airlines for the clients. Payment for the tour must be made as per the invoice & payment terms and conditions. Changes to any part of the agreed itinerary cannot be made once partial and/or full payment has been made to 7M Tours. Tour will not start on a weekend uness previously arranged by 7M Tours. Booking Conditions Each traveler is required to fill out a Disclaimer Form, duly sign in and return along with a copy of the valid passport (Photo page for US Citizen). ❖ Meals: The location and menus are pre-set for the meals provided on the tour. We reserve the right to change the location and the menu under events which occur beyond our control. ❖ Hotels: We tend to select hotels which are more comfortable after a long day of sightseeing. All baggage and personal belongings are at all times and under all circumstances your responsibility. 7m Tours will not be responsible or liable in case of loss / breakage of such items from the hotel or transit all along the duration of tour. The company is not liable for any damages done to the room or the hotel during your stay there. ❖ Transportation: We use air-conditioned/air-cool luxury coaches for ground transportation. No seat numbers will be allocated and daily seat rotation will be done as to be fair to every traveller. The tour manager has the final authority for the seating arrangement/rotation in the coach. ❖ Cancellation due to VISA rejection: All clients travelling with 7M Tours must possess a valid visa, if applicable. However, kindly note that Visa issuance is entirely at the discretion of the concerned Consulate/Authorities to grant/reject visa even after submitting all relevant documents and the company will not be held responsible for the same. The company will not be responsible for non-issuance of the visa due any reason whatsoever. ❖ Travel Insurance: We highly recommend you purchase a comprehensive Travel insurance in order to protect your trip from any unforeseen cancellations, medical problems during the tour, trip cancellations etc. Disclaimer: We reserve the right to change any information or attractions before or after our booking the tour due to events beyond our control like bad weather, any natural calamity, or any accident. All rates and hotels are subject to change without any prior notice. Major road works may necessitate route change in the itineraries. Closure of Indian restaurants or change in the management may cause us to make changes in the itinerary. We will notify you in advance where we know about these changes beforehand, otherwise our tour managers or local representative will inform you of the changes during the tour. We cannot be responsible for any loss or damages, injury, sickness, accident, delay, discomfort, death, increased expenses, which is caused by the act or default of the company, and management or employees of any hoteliers, airlines, shipping company, coach owner/coach operator who are the company’s independent contractors residing outside our normal selection and inspection process. Any claim or complaint by the client must be notified to the company in writing with 7 days after the end of the tour.