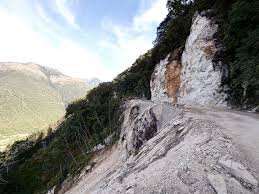 This holiday package is preferred by people with interest in Temple Visits. It is one of the cheapest packages to Paro. In this package, you will be spending 2 nights in Thimphu, 1 nights in Punakha and 2 nights in Paro. At Thimphu, the accommodation is organized at 2 Star or similar, . At Punakha, the accommodation is organized at 2 Star or similar, . At Paro, the accommodation is organized at 2 Star or similar, . In this travel package, daily breakfast will be provided at the hotel. Transfers are included in the package.Train or Bus fare from / to your originating city of stay, unless specified. Entrance fees wherever applicable. Any increase in fuel cost, government taxes, entrance fees, intra and interstate taxes etc, the tour price will be amended in accordance. Travel insurance. Any items / services not specifically mentioned in the 'Tour Price Includes' column. Travel Insurance Any meals / en route meals unless specified.