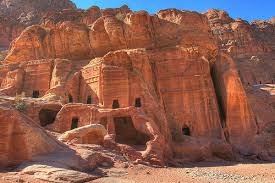 For those do not have much time to explore Jordan in depth as many places to visit we are offering them a glimpse to discover Jordan for main sites. Prices below are Per Person Sharing Double Room. Group Rate ( 10 - 15 ) Person: Please email us info@afnantours.com

Based in Aqaba – Jordan , Afnan Tours is formed by a team of professionals with long experience in the tourism field Read More...