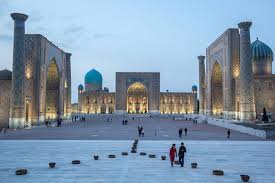 Senior Holidays is your go-to travel partner for fun yet safe escorted travel holidays for senior citizens and their family members. Specially crafted to cater to seniors, we offer tours to various must-visit destinations in India and abroad to experience a perfect blend of leisure, exploration and relaxation. With co-travellers of same age and interests, forge friendships, share experiences and take home memories to cherish later Read More...