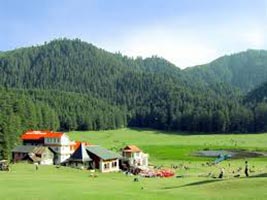 Offered by : Shivam Tour and Travel 0/5


About Shivam Tour and Travel

Shivam Tour and Travel is One of the Reliable Tour Operators Based in Katra (vaishno Devi), Jammu in Jammu and Kashmir. People Visiting Jammu and Kashmir for Their Tours is Quite a Common Phenomenon as the Place Gives Peace and Joy to the Heart of Tourists. this Place Will Give You An Amazing Experience, One Which You Will Remember all Over Your Life. We Specialize in Organizing India Tours for Our Clients According to Their Interest. We are also Acknowledged for Providing Outstanding Services to Our Clients. We Offer Customized Travel Packages and Plan to Make Your Vacations Memorable for You. We Offer the all Types of Best Tour Packages Within Your Budget. We Understand the Value of Your Money and Offer the Best Quality Services to You. Since the Establishment of the Company We Provide Full Client Satisfaction to Ensure Transparent Deals and Follow Ethical Business Practice. We are Highly Customizable According to the Client's Preference with Reliable Travel At Budget Friendly Prices. We Extend and Care for Our Customers to Hotel Accommodations, Tour Operators, Car & Coach Rental and Any other Amenity that Adorn Travel Diaries with Colorful Memories. shivam Tour and Travel Was Founded in the Year 2004, Under the Supervision of Mr. Vinod Singh, Who Manages the Company. Under His Supervision the Company is Achieving Great Success in the Market. We are Backed By a Team of Experienced Employees that Take Care of Every Requirement of the Client. Over the Years, We have Successfully Provided Our Excellent Services to Many Travelers. We Design the World Class Tour Packages and Ensure Guaranteed Satisfaction. mission and Goal :- our Main Goal is Customer Satisfaction; Hence We Provide the Best Quality Services to the Clients that are Worth Their Money. Read More...