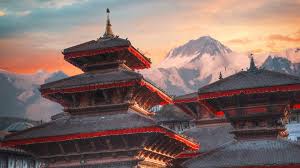 Depart to Kathmandu at 07:45 by Air India. Arrive Kathmandu airport & transfer to hotel. Kathmandu is the capital of Nepal and the Kathmandu Valley is the political and cultural heart of the Kingdom. The urban sprawl that makes up modern Kathmandu is in fact two cities, Patan and Kathmandu.

Identified as one of the prominent Tour Operators in Kerala with offices at Trivandrum,Cochin, Calicut, Nashe Tours has earned immense recognition and reputation because of the flawless service that we offer at reasonable prices. We can be contacted for Tour package booking, Air ticketing,outstanding Visa Services, International & Domestic tours, Hotel Booking Services, MICE Services, at inexpensive rates. We make sure that your journey is a comfortable one and flows smoothly, therefore offering assistance right from the booking stage, till you reach home. Nashe Tours has a team of experienced and professional organizers and planners who have designed strategic packages for Honeymoons, Family Holidays, Beach Holidays, Group Holidays, Heritage & Culture Tours, for all over the world. Functional from Kerala, we are particularly known because of our advanced booking facility. Associate with us and make sure that you do not have to go through any kind of booking inconvenience. Get in touch with us and know more about our customization facilities also! Read More...