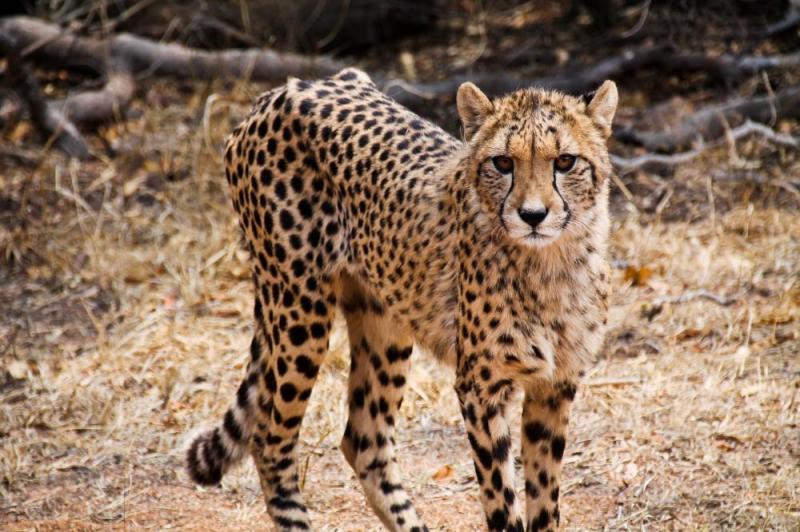 The Ann van Dyk Cheetah Centre, formally known as the De Wildt Cheetah Centre, is a breeding sanctuary for cheetahs and other endangered animals. It was founded in 1971 by conservationist Ann van Dyk and is situated about an hour outside Johannesburg.

The centre has played a crucial role in the protection of cheetahs in South Africa, and has so far managed to breed roughly 600 – an astounding achievement considering the cheetah population in South Africa was estimated at 700 when the De Wildt breeding programme first started. In 1986, the centre celebrated its first major success and received international recognition when the cheetah was removed from the South African endangered species list.

A number of other creatures are also housed there including African wild dogs, brown hyenas, servals, suni antelopes, riverine rabbits and a population of vultures.

The centre is a non-profit institute and relies mainly on donations from sponsors, support from the public and income from tourism. It operates an outreach programme, visiting schools and institutions in an effort to raise awareness about cheetahs and nature conservation. An “ambassador cheetah” is present at these demonstrations, allowing people a chance to get a closer look.

Be sure to enquire about the cheetah run when, three times a week, visitors are invited to witness the ambassador cheetahs’ exercise as they chase after a high-speed lure.