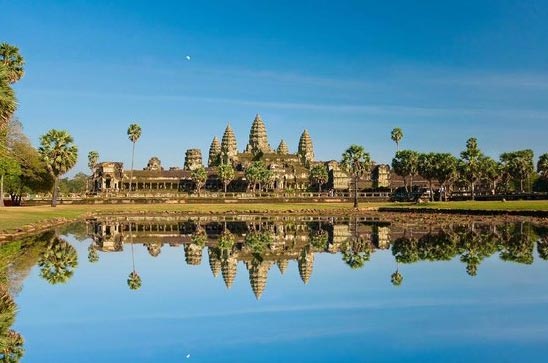 Hotel accommodation with breakfast and based on twin or triple sharing Services of a driver and private air-conditioned vehicle during all tours and transfers. Experienced English-speaking guide during all tours and transfers Private boat for sightseeing in Mekong Delta Shuttle bus for round trip Ho Chi Minh – Phnom Penh – Siem Reap Complementary Vietnam Visa Approval letterAirfare (international and domestic) and airport tax Dinks and other meals not clearly mentioned Entrance fees for all visits as mentioned in the itinerary Visa stamping fee at the airport (25US$ for single visa to Vietnam, 30US$ for visa to Cambodia, paid by cash at the airport) Surcharge for special request on food, and meals. Insurance, gratuities and personal expenses Tipping for guide and driver Surcharge for public holidays (if any) All other service not stated in the program Compulsory dinner for Xmas and New Year Eve: TBA

Vayu Tourism is One Eminent and Reliable Tour Operators Based in Pune, Maharashtra. We Offer Brilliant International and Domestic Tour Packages to Our Clients, According to Their Requirement. We also Provide Travel Related Services such as Airline Ticketing Services, Railway Ticketing Services, Passport & Visa Services, Travel Insurance Services, Cruise Services, Bus Ticketing Services, Hotel Booking Services and Car & Coach Rental Services for Clients Ease and Comfort. We are also Engaged in Organizing Events for Our Clients. We Organize Private and Corporate Events for Our Respected Clients in An Organized Manner. We also Offer Efficient Travel Solutions to Our Clients So that They Do Not Face Any Sort of Inconvenience While Traveling. all Our Services are Highly Flexible and We Make Sure that We Exceed the Expectations of the Clients. Read More...