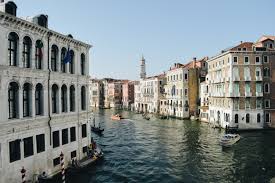 Imagine getting access to all the charming cities and towns of Eastern Europe in one single trip. Roam around the famous Town Square of Prague after witnessing the pupil-dilating Prague Castle and then spend a night enjoying a glimpse of the 11th century hilltop castle of Hohensalzburg Fortres in Salzburg soon followed by a gentle stroll by the houses of Austrian geniuses in the form of Mozart and Beethoven at Vienna and ending your trip with the mystical beauty of Budapest.

Payment Terms & Methods :
This package cost is based on national EUR rate at Rs. 79/-, the bench mark rate taken uniformally as EUR is too much volatile and can’t be changed in itinerary / handout frequently. This is the HDFC Bank TT Selling rate taken at which the Bank will be making remittance to vendors abroad through Telex Transfer for land-arrangements etc.

To avoid impact of future fluctuation you can get the package cost freezed by making 100% payment of package cost adjusted at the prevailing TT selling rate of HDFC Bank at time booking or within 5 days of it. There will be Rs. 500/- (pp) extra towards Remittance & Bank transaction charges payable as remittance will be sent separately for & on your behalf.

Else, if you choose to make payments as per Schedule of Payment given in itinerary - at time of full & final payment the TT selling rate prevailing at that time shall apply.

Cancellation & Refund Policy :
If Visa get rejected for any Reason Minimum Rs. 25,000/- per person will be deducted towards processing from your amount before 30 days of Travel (Within 30 Days of Travel date Visa rejection Charges as per Cancellation Policy).

Need Visa Document within 07 days after Booking in such a way that visa is processed at our end 45 clear days prior to date of travel.

In case of unavailability in mentioned hotels, alternate accommodation will be arranged in a similar category hotel.

Anubhav Tours is An Instigator in the Tourism Industry of New Delhi. We are a Travel Management Company that Acumens the Requirement of Clients and Renders the Best Services Under the Same Roof. At Us, You Can Get the Best Services for Event Management, Cruise Booking, and Hotel Booking in New Delhi. Our Services are Delivered By Professional Employees of the Industry. Being a Client-centric Firm, We Do Not Compromise On the Comfort of the Client and Always Bring the Best At Market-leading Charges. Read More...