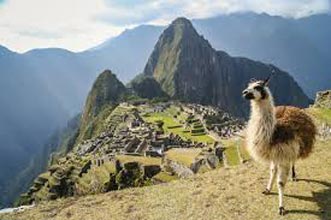 Cusco And Puno Legacy Of The Inca - Peru Tour

PERU: As cradle of one of the most enigmatic civilizations in history and home to 11 UNESCO World Heritage Sites listed, Peru is quite a special destination as you will discover over seven fascinating days exploring the country. Visit beautiful colonial cities, impressive archaeological sites and discover some of the most spectacular landscapes on the planet en route to the magnificent Machu Picchu citadel and mountain.All Items of a personal nature.
Meals not mentioned.
Medical and Travel insurance.


About Kctm Travel Tours and Safaris

KCTM Travel Tours &Safaris is a simply Unique Travel Tour& Safari company, not only in respect to our size, but also in service levels, attention to details and flexibility to customer needs. We offer personalized services at competitive packages for adventure groups, individuals, team building, corporate and high profile groups, Events management, sky diving and Safari games drives. Patience, hard work and great relations with service providers, allows KCTM Travel Tours &Safaris to progress rapidly and to become one of the leading Tour Operators in Botswana and Southern Africa. KCTM Travel Tour & Safaris is able to handle all of customers’ travel arrangement in Botswana and anywhere in the Southern Africa Region and the rest of the world.Based in Botswana, an African Travel Tours& Safari is for many, the realization of a life-long dream, and the start of a love affair with a continent and the beautiful land locked country - its indigenous people, wildlife, colors and textures, its sounds and smells and the spirit that moves these. Come with us to the places we\'ve found on our travels and Safari experience - the unusual, the quirky, the spectacular, the luxurious, and the remote.This is how we plan your holiday in Southern Africa: ‘we have air tickets: we travel; we find hotels, lodges, game parks, landscapes, peoples and activities that you love’. Then we talk to you. We ask questions: what you like, what you don\'t; when you are able to travel. We listen. We advise. Then we put together a plan for you to discuss with us, to tweak and change - until you have a safari or a ticket fare that is just right for you. Our travel arrangements are tailor made to suit your specific travel needs.. VISION To become a world’s leading Tour & Safari Company in Southern Africa that will always strive to embrace the eternal beauty of Safari & Tour experience in Southern Africa. Read More...