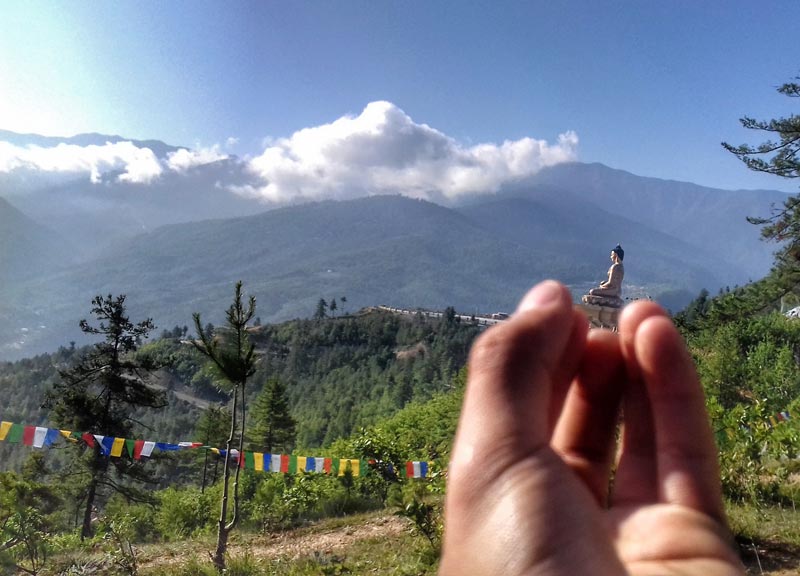 Bhutan is perhaps the most mysterious and diverse of all the Himalayan kingdoms, where for centuries a traditional Buddhist culture has thrived in isolation from the rest of the world.
It is a country that puts its people and environment first
A place where progress is measured in gross national happiness and not GDP, and
A country where is not just carbon neutral, but carbon negative
It’s a place of lush forested valleys, fortified monasteries, sacred mountains, and art and architecture unique to the region.

This journey begins in Paro and heads straight to Thimphu, where there are two days to discover the history and heritage of this charming and serene capital. Walk in the countryside and back in time with visits to the beautiful Punakha and Haa Valleys. Here the rural lifestyle and architecture of Bhutan are explored before returning to Paro. Finish with a true highlight the spectacular Taktsang (the Tiger’s Nest), a small monastery clinging to a rocky cliff 900 meters above the valley floor. A journey through the astonishing beauty of the people, landscape, and culture of Bhutan will have your happiness levels off the scale.

TOUR HIGHLGHTS
Blessing by touching forehead and feel the magical charming of Buddhism
The most solemn welcome ceremony of scarf offering to the travelers on arrival in Bhutan
Home visit and perceive the local people happy lifestyle
Specially arranged stay in the best resort at THIMPHU, BUMTHANG, PHOBJIKHA, PUNAKHA & PARO
Get chance to taste traditional local delicate: Cheese; Red rice; Butter tea; Yogurt; Highland barley-wine
Hike to Taktshang (Tiger’s Nest) Monastery: Bhutan’s most iconic landmark and religious site clings impossibly to a sheer cliff face about 3,000 feet above the Paro Valley
A visit to Jakar Dzong, the seat of the first king of Bhutan
Trongsa Ta Dzong, Which houses a shrine dedicated to the epic hero, King Gesar of Ling
Phobjikha Valley, the most significant wintering ground of the rare and endangered Black‐necked cranes
Punakha (The Ethereal Ancient Capital) – The ancient capital of Bhutan
Campfire Party at one of the resort, enjoy Bhutanese classic songs & dance, get chance to try the traditional costume.Flight into Bhutan via Drukair (can be arranged with us)
Flight on another airline to catch Drukair Flight
Meals at 4-5 stars restaurants
Hotel stay outside of Bhutan
Expenditure of personal nature
Travel Insurance (can be arranged with us)
Tips for the guide and driver
Alcoholic drink.

Total Tour Cost Depending upon the Season and Number of travelers