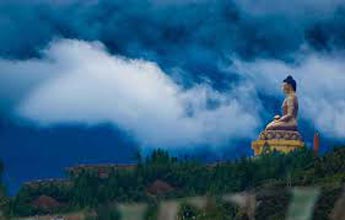 Travel to Bhutan is a once in a life time experience. And while each experience is individual, the tour is further amplified magnificently with the entire facet of Bhutan by the knowledgeable people at BEST Bhutan who closely know this diverse and rich country, with its wonders, its culture, its people, and its arts and crafts. You may have heard or read about Bhutan as a unique, pristine, remote, magical, surreal or UnAmericanized land saturated with ancient people and culture, so undisturbed by outside influence or with any magical word that best describe Bhutan. With loads of experience and expertise in handling individual travel for visitors to Bhutan, This travel Packages is enthusiastically prepared for the travelers who look into different aspects and different reason of travel and discovery. Through this tour, we wanted the travelers to experience what they have heard or read about Bhutan. The tour is not just sightseeing; it is a real life experience creator by being Bhutanese whiles your stay in Bhutan. Highlights of the Tour Enjoy the tradition and custom of Bhutanese Enjoy wearing National Attire Playing the Traditional way of Archery (Archery is Bhutan’s National Game) Seeking merits in Bhutanese tradition and custom by performing rituals for the travelers Enjoy both farm life and urban life (all the place in Bhutan have the infusion of both urban and city life) Enjoy the ways of welcoming a guest and see off Enjoy cooking and eating Bhutanese meal The Tour and experiencing Bhutan will take place in two of the most popular district in Bhutan known as Paro or Haa. Paro It is one of the widest valleys in the kingdom situated in a flat valley bottom and follows a grid-like pattern covered in fertile rice fields and has a beautiful, crystalline river meandering down the valley. Accentuating the natural beauty by the many elegant, traditional-style houses that dot the valley and surrounding hills has it authentic Bhutanese richness. Paro town has been growing rapidly in recent years and there are plenty of restaurants, bakeries and cafes to choose from. (OR) Haa The Haa valley was opened for the first time to foreign tourists in 2002. It is famous for its cultural richness and animist tradition. Such animist belief however was transformed into peaceful Buddhist tradition in 8th century by Guru Padmasambhava. The valley is also unparalleled in Bhutan in terms of the diversity of the folk culture, legends and shamanistic rituals. The shamanistic traditions is vividly practiced in almost all the communities, most notable of which is the annual ceremony to honor Ap Chundu, the guardian deity of the valley. The valley is also a paradise for nature lovers and travelling there is a very rewarding experience. The drive to Haa valley crosses 3988m Chele-la pass, from where one can have a superb views of Mount Jhomolhari & Jichu Drakey. It is also an ideal place to take short walk, enjoying panoramic vistas.