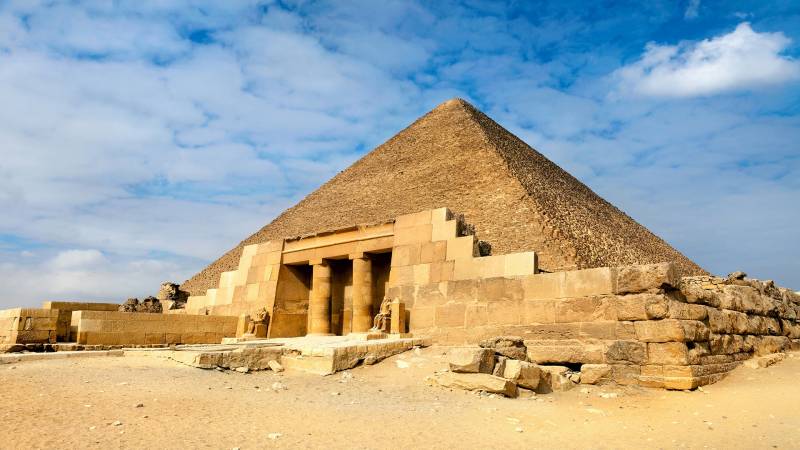 Egypt and the Nile Tour

Cruise through Egypt in comfort on a Luxury Nile Cruise, travelling to Giza, Luxor and off-the-beaten-path Denderah, exploring a pyramid from the inside out, riding a camel and sailing the Nile in a felucca. Your Egypt Tours Advantages: Sail on a four-night Nile river cruise aboard a Luxury Nile Cruise Travel to off-the-beaten-path Denderah, one of Egypt’s best-preserved and less-frequented temples Stay at the historic Mena House Hotel, with views of the pyramids from your own private balcony, and at the luxurious Four Seasons Hotel Cairo at Nile Plaza Explore one of Egypt’s legendary pyramids from the inside out Ride Like a Local on camel back and sail the Nile in a felucca (sailboat) Avoid crowds and the hassle of navigating around the site, with private services all over EgyptGratuities (recommended). International Airfare Any extras not mentioned in the itinerary. Entry visa to Egypt. Personal expenses. Optional tours.


About Your Egypt Tours

Since 2001, Your Egypt Tours has been Egypt\'s Foremost luxury travel company, combining comfort and authenticity in Egypt\'s greatest destinations. We offer Egypt tour packages, Egypt day tours, Egypt shore excursions and many others services cater to travelers looking for high quality and efficient services with a personal touch and care. Read More...

More Packages by Your Egypt Tours