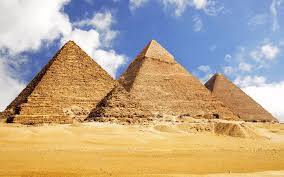 Egypt, a Country Linking Northeast Africa with the Middle East, Dates to the Time of the Pharaohs. Millennia-old Monuments Sit Along the Fertile Nile River Valley, Including Giza's Colossal Pyramids and Great Sphinx as Well as Luxor's Hieroglyph-lined Karnak Temple and Valley of the Kings Tombs. the Capital, Cairo, is Home to Ottoman Landmarks like Muhammad Ali Mosque and the Egyptian Museum, a Trove of Antiquities.

We are dealing in Tour & Travel Services Read More...