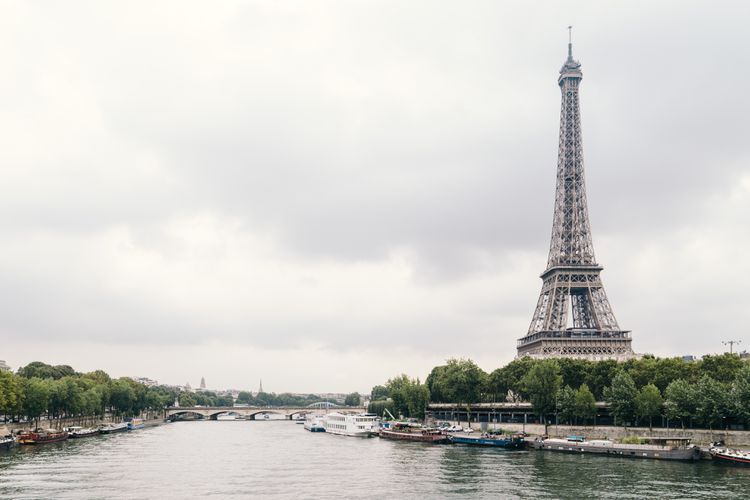 Italy:
Italy officially the Italian Republic is a unitary parliamentary republic in Southern Europe. To the north, Italy borders France, Switzerland, Austria, and Slovenia, and is approximately delimited by the Alpine watershed, enclosing the Po Valley and the Venetian Plain. To the south, it consists of the entirety of the Italian Peninsula and the two biggest Mediterranean islands of Sicily and Sardinia, in addition to many other smaller islands. The sovereign states of San Marino and the Vatican City are enclaves within Italy, while Campione d'Italia is an Italian exclave in Switzerland. Italy covers an area of 301,338 km2 (116,347 sq mi) and has a largely temperate climate. With 59.7 million inhabitants, it is the fifth most populous country in Europe. Italy is also the fourth-largest economy on the European Union, third in the Eurozone and ninth in the world.
Italy's capital and largest city, Rome, has for centuries been the leading political and religious centre of Western civilisation, serving as the capital of both the Roman Empire and Christianity. During the Dark Ages, Italy endured cultural and social decline in the face of repeated invasions by Germanic tribes, with Roman heritage being preserved largely by Christian monks. Beginning around the 11th century, various Italian cities, communes and maritime republics rose to great prosperity through shipping, commerce and banking (indeed, modern capitalism has its roots in Medieval Italy);[11] concurrently, Italian culture flourished, especially during the Renaissance, which produced many notable scholars, artists, and polymaths such as Leonardo da Vinci, Galileo, Michelangelo and Machiavelli. Meanwhile, Italian explorers such as Polo, Columbus, Vespucci, and Verrazzano discovered new routes to the Far East and the New World, helping to usher in the European Age of Exploration. Nevertheless, Italy would remain fragmented into numerous warring states for the rest of the Middle Ages, subsequently falling prey to larger European powers such as France, Spain, and later Austria. Italy would thus enter a long period of decline that lasted until the beginning of the 18th century.

Switzerland
Switzerland officially the Swiss Confederation (Latin: Confoederatio Helvetica, hence its abbreviation CH), is a federal parliamentary republic consisting of 26 cantons, with Bern as the seat of the federal authorities. The country is situated in Western and Central Europe, where it is bordered by Germany to the north, France to the west, Italy to the south, and Austria and Liechtenstein to the east. Switzerland is a landlocked country geographically divided between the Alps, the Swiss Plateau and the Jura, spanning an area of 41,285 km2 (15,940 sq mi). While the Alps occupy the greater part of the territory, the Swiss population of approximately 8 million people is concentrated mostly on the Plateau, where the largest cities are to be found. Among them are the two global cities and economic centres of Zürich and Geneva.
Switzerland comprises four main linguistic and cultural regions: German, French, Italian and the Romansh-speaking valleys. Therefore the Swiss, although predominantly German-speaking, do not form a nation in the sense of a common ethnic or linguistic identity; rather, the strong sense of identity and community is founded on a common historical background, shared values such as federalism and direct democracy,and Alpine symbolism. Switzerland has the highest wealth per adult (financial and non-financial assets) in the world according to Credit Suisse and eighth-highest per capita gross domestic product on the IMF list.[11][12] Swiss citizens have the second-highest life expectancy in the world on UN and WHO lists. Switzerland has the top rank in Bribe Payers Index indicating very low levels of business corruption. Moreover for last five years the country has enjoyed highest economic and tourist competitiveness according to Global Competitiveness Report and Travel and Tourism Competitiveness Report respectively, both developed by the World Economic Forum. Zürich and Geneva have been ranked among cities with highest quality of life in the world with the former coming second globally according to Mercer.

France – Paris
Paris is the capital and most populous city of France. It is situated on the River Seine, in the north of the country, at the heart of the Île-de-France region. Within its administrative limits (the 20 arrondissements), its metropolitan area is one of the largest population centers in Europe with more than 12 million inhabitants.
An important settlement for more than two millennia, by the late 12th century Paris had become a walled cathedral city that was one of Europe's foremost centres of learning and the arts and the largest city in the Western world until the turn of the 18th century. Today it is one of the world's leading business and cultural centres, and its influence in politics, education, entertainment, media, science, fashion and the arts all contribute to its status as one of the world's major Paris is one of the world's leading tourist destinations. The Paris Region hosts the world headquarters of 30 of the Fortune Global 500 companies in several business districts, notably La Défense, the largest dedicated business district in Europe.Centuries of cultural and political development have brought Paris a variety of museums, theatres, monuments and architectural styles. Many of its masterpieces such as the Louvre and the Arc de Triomphe are iconic buildings, especially its internationally recognized symbol, the Eiffel Tower. Long regarded as an international centre for the arts, works by history's most famous painters can be found in the Louvre, the Musée d'Orsay and its many other museums and galleries. Paris is a global hub of fashion and has been referred to as the "international capital of style", noted for its haute couture tailoring, its high-end boutiques, and the twice-yearly Paris Fashion Week. It is world renowned for its haute cuisine, attracting many of the world's leading chefs. Many of France's most prestigious universities and Grandes Écoles are in Paris or its suburbs, and France's major newspapers Le Monde, Le Figaro, Libération are based in the city, and Le Parisien in Saint-Ouen near Paris.

CFI Holidays Pvt. Ltd, licensed by Nepal Tourism Board is subsidiary COMPANIES of Club40International group of Companies. CFI Holidays Pvt Ltd works in a multi dimension- as a travel company catering the services and product to the travel industry of today and Independent Tour operator catering the services to its client from and to the country.rnSince we all are very well informed that the travel industry has witnessed a spectacular growth in the recent years and its demand is ever increasing & inevitable in the fast paced corporate life with less time to spare. For an executive who is always in a hurry –it is time consuming to contact a travel agent, explain their requirements or even visit different agents to compare prices for effective service. The situations are the same for techno savvy youth of today. As its first dimension CFI Holidays Pvt. Ltd serves you with its portal www.club40holidays.com (Travel Tourism Consolidator global network of offices NEPAL/DUBAI/INDIA/INDONESIA/THAILAND worldwide more than 50 Tie-Ups (Partnership) providing the direct access to one of the broadest selections of travel products and services through its web based system throughout Nepal with extensive partnership worldwide. Company which is unique in its method of operation has already set its trademark in the market. Company is unique –because it offers access to the airlines & other service provider through its web based system in which a consumer can choose from many options available.On the other hand, as another dimension, Company operates as an independent tour operator in Nepal for its entire clientele to and from the country. CFI Holidays Pvt. Ltd was established in the year 2017 by the very qualified professionals with more than years of experience in the travel & tourism industry. Holding places, peoples and customs through professional guides, modern transportations, quality hotels, sightseeing, and other key vendors.rnLazimpat, panipokari-3, Kathmandu Read More...