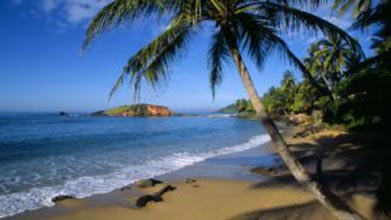 This Sri Lankan tour is different compared to the others, it will take you to the Eastern part of Sri Lanka. Which is where the best beaches are during the period of April to October. In addition to the culture, mountains & wildlife. Please click the itinerary tab for more details. Please feel free to e-mail us directly for more information.All entrance fees as per program to be paid directly in Sri Lanka Rupees and it will cost around USD 209 per person. Please change foreign currency in to SLRS at the airport after customs, there are many 24hrs bank counters at the airport as all these payments have to be made only in SLRS. No credit card payments are accepted at these historical sites. (Entrance fees are subject to change, rates are as applicable at the moment – Children under 12 years will be charged a half rate in some places.) Personal spending (tips, laundry, mini bar, telephone, fax, beverages etc.) The rights to use video cameras at sites – most places they are free when you pay the entrance fees except at Kandy Tooth Temple & Pinnawela Elephant orphanage there are extra charges for Video camera’s only USD 05 per Video Camera per location. Medical expenses, travel insurance, international flights. Sri Lanka visa charges, USD 35 per person for NON SAARC countries & USD 20 for SAARC countries, can be obtained directly via the internet please visit this site . The process is not complicated if you have any difficulty we could make arrangements for same too in 48hrs to obtain same if details are provided to us by mail. The process is very simple payments can be paid online & with the confirmation document print out & code you have to submit passport on arrival only. The passport has to be valid for six months from the day of arrival return air tickets & sufficient funds or reservations for the holiday should be with you. Children under 12 years travelling with parent’s visas will be free on arrival. All others have to obtain a visit visa except for Singaporean & Maldivian passport holders who will be provided free visas on arrival.