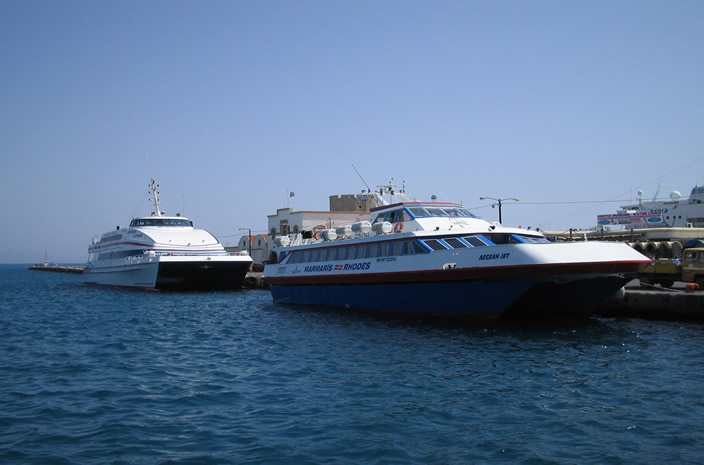 From Marmaris to Rhodes Package

Rhodes is the Largest of the Dodecanese Islands and Fourth Largest of all Greek Islands. Located in the South East Aegean, Rhodes Lies Very Close to Turkey . Rhodes is Often Called "the Pearl of the Mediterranean" and is Known for Its Natural Beauty, Historical, and Archaeological Treasures. the Landscape is Mountainous and Green with Pine Trees, and There are Beautiful Beaches.

during the Summer Period (may to October), a Ferry Departs Daily from Marmaris to Rhodes At 09:00am to Arrive At 10:00am. the Return is At 05:00pm from Rhodes . During the Winter Period, this Ferry Line is Operated Yet in a Very Irregular Manner.
you Joined a Tour of Turkey Ending in Marmaris and Wish to Take the Advantage of this to Visit the Island of Rhodes … Here is a Short Outing for You.