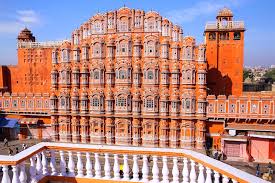 Surat is considered as one of the most favorite destinations for travelers. Famous for its scenic beauty, Surat is widely known as the textile hub of the nation or the Silk City of India. This beautiful part of the world welcomes various tourists all over the year and provides the best travel experience to them. Travelers love to roam in the markets of Surat and witness various styles of silk weaving, commercial centre for textiles, etc. If you are also planning a trip to Surat, don’t forget to connect with Cruise Holiday. We have appointed a reliable team of some of the most dedicated and motivated travel agents and travel industry experts. These agents and experts are backed by years of experience and practice in managing various travel operations and are widely known for their working style as well. Read More...