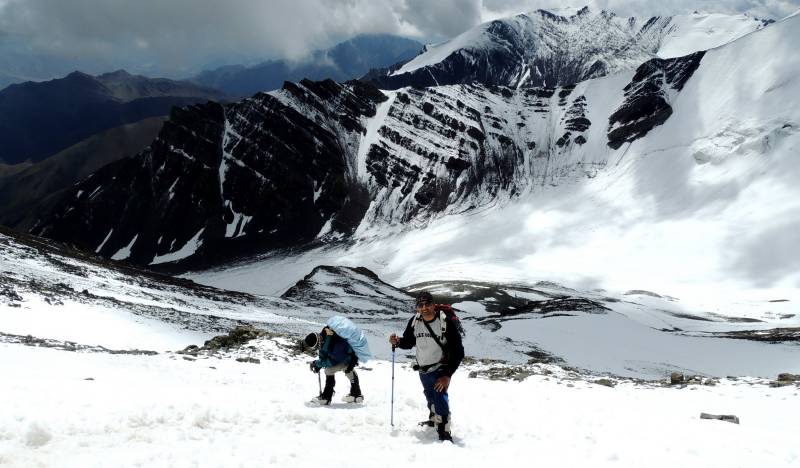 Mentok Kangri is an ideal option for the trekking & climber admirer who want to discover the pristine beauty of Himalayas. Perched in the spellbinding region of Rupshu Valley, this elevated and barren panorama attracts the imaginations of travellers from all around the blue planet. Mentok is a Tibetan name (means) flower . The trail takes the traveller through secluded valleys, rustic villages and hilltop monasteries. The trekkers have to low-angle snow on the way. Itinerary includes trekking & climbing to Mentok Kangri in a comprehensive and heartwarming way. The trail comprises of exploring beautiful regions of Ladakh. However, a bit of technique is required for this ascent.