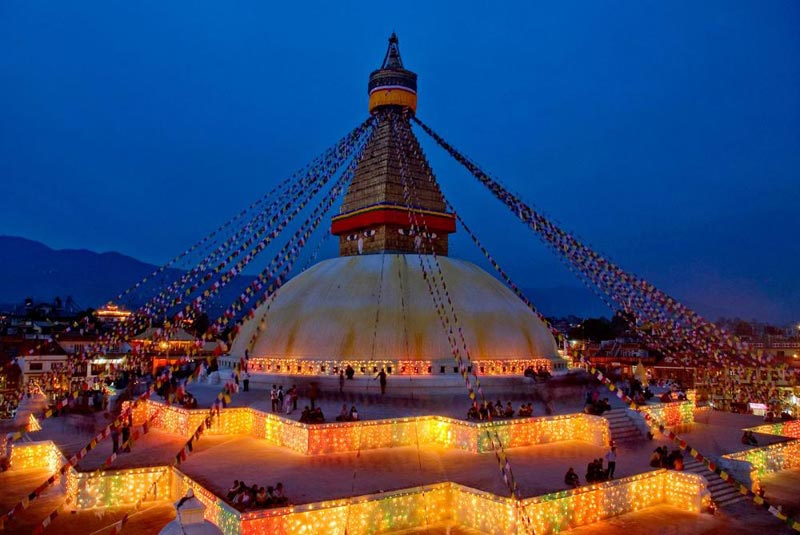 Mode of Travel - Drive
Accommodation on twin sharing basis.
All the rooms are base category, unless indicated separately
Meal Plan (CPAI)
Hotel taxes applicable (as per itinerary).
01 bottled water per day per person.
Exclusive Non a/c vehicle for all transfers & sightseeing as per itinerary.Air Fare/Train fare, insurance premium, any other activities like rafting, etc, services of guide during sightseeing, cable ride cost to Manakamana Temple & boat ride cost to Barahi Temple for which supplemental charges will be applicable to be paid by the guests directly.
Personal expenses such as laundry, telephone bills, bar bills, tips & gratuity, bottled water etc.
Entrance Fees for museums and monuments, Upgradation Charges and Optional Tours to be paid by the guests directly on the spot.
Any additional costs because of additional sightseeing or extra usage of vehicle other than mentioned in the itinerary will be recovered directly from the guests. Such additional costs are also applicable for usage of vehicle and guide beyond the specified time or normal working hours as mentioned above.
Any cost arising due to unforeseen events like flight delays or their rescheduling or cancellation, landslides, road blockage, political disturbances (strikes), etc. Such expenses will be recovered directly from the guests on the spot.
Any increase in government taxes or fuel price, leading to increase in cost on surface transportation & land arrangements, which may come into effect prior to departure.
GST.
Anything which is not included in the inclusions

ARRV HOLIDAYS is one of the flourishing and efficient Tour and Travel Company with its office in Noida, Uttar Pradesh. We specialize in organizing customized Domestic and International Tours for our clients according to their interest. We are also known for providing excellent services to our clients. We offer services such as Airline Ticketing, Cruise Services, Car & Coach Rental, Hotel Booking Services, Passport & Visa Services, and Travel Insurance Services to make your traveling experience more comfortable and delightful, so that you can enjoy your each moment. Moreover, we also work as an efficient Event Organizer for our clients. We organize private and corporate events depending upon their requirement. Our service charges are very reasonable. Read More...