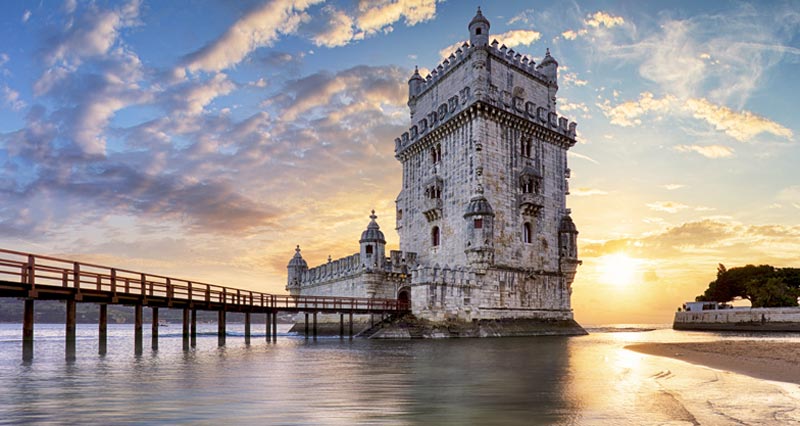 Overview Discover Portugal on this new 15-day tour, from the triumph of Lisbon’s Golden Age, with its refined Manueline architecture and lively azulejos tiles, to the World Heritage-listed sites of Sintra and Évora, and the prehistoric megaliths of the Almendres Cromlech. At Tomar’s Convento de Cristo, headquarters of the Knights Templar, and medieval Coimbra, explore Portugal’s encounter with its Moorish legacy. Take a private cruise of the Douro, admire Paleolithic rock art in the Côa Valley, and witness Porto’s revival in outstanding contemporary art and architecture. Discover Portugal’s archaeology, from granite megaliths at Almendres Cromlech to dinosaur footprints at Cabo Espichel An architectural tradition embracing Roman, Moorish, Gothic and Renaissance styles Rich cultural heritage – from fine wines and port, to the melancholic music of fado A varied landscape of turquoise coastlines, lush river valleys and rugged interiors The legacy of the explorers’ Golden Age of Discovery, in Lisbon’s many layers of history and art HIGHLIGHTS An exceptional range of museums and galleries in Lisbon and Porto A full day in Sintra, exploring exquisite palaces decorated with tiles Walk in the footprints of dinosaurs and admire spectacular coastline on Cabo Espichel A full day cruising the Douro and two nights in Pinhão, celebrated for its excellent port wine Exquisite Romanesque and Manueline Gothic churches, cathedrals and monasteries Cutting-edge contemporary architecture from Rem Koolhaas and Álvaro Siza Vieira in PortoReturn international/domestic air travel unless those flights take place during the tour Special taxes and airport levies that can only be paid in cash at the destination. We will advise you of these charges (if any) before you depart Costs involved in obtaining visas for countries visited, where required Travel insurance. We require all participants to have comprehensive travel insurance. A typical policy for one of our tours will cost from $160 upwards, depending on your age, pre-existing medical conditions, the countries you are visiting and the overall length of your trip Lunches and dinners not specifically mentioned as included in the itinerary Personal expenses such as laundry and phone calls Costs associated with any activity mentioned as “optional” in the itinerary, or any suggested free time activity