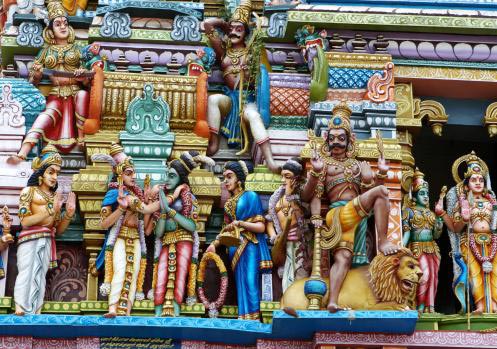 There’s more to Sri Lanka than Buddhist temples and golden beaches. Dotted with Unesco World Heritage Sites, the island has verdant jungle and superb tea, ideally sipped in a colonial guesthouse overlooking a plantation. This package is designed for those looking to get their first taste of this island nation.Lunch and dinner on tour Any entrance fees Camera/video permits Expenses of a personal nature All applicable entrance fees Compulsory Christmas and New Year supplements Peak period supplements Medical insurance Any compulsory room supplements on tour Tipping and portage Visa fees GST extra 3.09 %

The Core Values of Company are Commitment, Trust & Value for Money for Its Customers and with a Aim to Deliver Best Products At the Best Prices with High Standards of Services. activities : Tickets, Last Minute Deals, Hotel Accommodations, Travel Insurance, Foreign Exchange, Car Rental, Holiday Packages : Be It Hill Stations, Beaches and Pilgrimages or Even Adventurous, Cultural and Historical in Nature You Name It and We have It all for You Under One Platform. with Hotels with in India and Hotels Round the Globe, We Offer a Wide Variety to Choose from and Empowers the User to Search for Best Available Option At Most Cost Effective Prices. best Prices Includes - Exciting Sightseeing, Delicious Indian Meals with a Choice of Vegetarian, Non Vegetarian & Jain Menus travel with the Finest Indian Families stay At the Finest Hotels all Over the World customers Can Enjoy Special Customized Holidays airline/railways of Your Choice; transfer in the Luxury of Your Private Car or Enjoy Seat-in-coach (sic) Transfers. Low Fares, the Best Airlines Deals Available At the Click of the Finger Tip that also At competitive Prices Plan Your Holiday- Customized Packages(individual) Its the Chance to Plan Your Own Holiday According to Your Budget with Various Options Available. Holidays in Which You Travel Only with Your Companion, Your Family and Friends Read More...