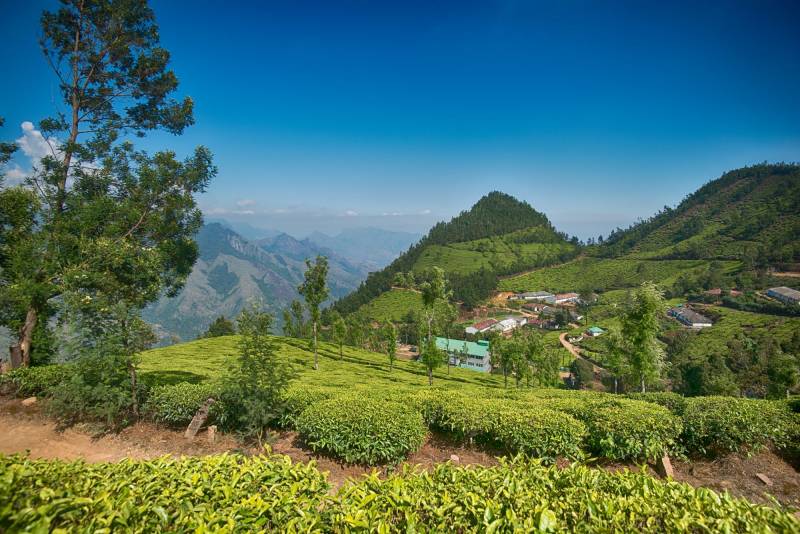 The History of Assam Tea Goes Back Almost Two Centuries Ago. It Was a Certain Robert Bruce from Scotland, An Adventurer, Who First Discovered It for the West in 1823. Locally, Tea Was Being Consumed By the Singpho Tribe, Who Provided Samples to Bruce for His Scientific Research. However, It Was Only in the Early 1830s When Proper Examination Concluded the Assam Variety to Be Different from Chinese Tea. Soon After in 1939, At the Time When the West Had Just Begun Their Love-affair with Tea, Britain Allowed Companies to Rent Lands for Growing Tea. More Than a Decade Later, When the First Batch of Assam Grown Tea Reached the Markets in London, Consumers Were Deeply Impressed and Thus Began the Tea Industry of Assam. the Colonial Days Saw Tea Growers Who Were An Adventurous Breed. They Introduced a Laid-back Lifestyle in the Region, Which Involved Staying in Luxurious Bungalows and Engaging in Social and Sports Events Which Occurred in Clubhouses. Though Today such a Lifestyle is Disappearing Due to the Global Competitive Market, the Tea Plantations Still Reminiscence of Their Colonial Past. After All, the State of Assam Remains the World’s Largest Tract of Land Growing Tea with More Than Eight Hundred Tea Estates Today that Appear to Cover the Landscape in a Contiguous Path of Greenery.

starting in the Small Tea Growing Riverside Town of Dibrugarh Somewhere in the Far-eastern Plains of the Country, You Will Be Staying in a Charming Colonial-era Planter’s Bungalow Run By the Prestigious Jalan Group. Surrounded By Unending Miles of Lush Tea Plantations, You Will Be Visiting a Factory to Learn About Tea Production or Perhaps Join Tribal Ladies to Pluck Some Fresh Tea Leaves. Mostly, Time Just Flies in the Plantations as if Hypnotized with all the Greenery. Moving On to the Vast Fertile Plains of Middle Assam, the Journey Will Reach Gatoonga Tea Estate of the Renowned Barooah Family Which Traces Lineage to the 19th Century Born Siva Prasad Barooah; a Legend in These Lands, He Was a Tea Planter, Philanthropist, Politician and Humanist, Having also Pioneered the Way for Assamese Journalism By Publishing the State’s First Daily Newspaper. Located in the Interiors Midst Lush Surroundings and Spread Over a Large Area, Your Stay in the Estate Will Be in Another Charming Century-old Colonial Property that Finely Displays the Influence of British Patrician Living. At the Nearby Tocklai Tea Research Institute, the Top Scientific Center Dedicated to Tea Growing in the World, You Will Get An Opportunity to Meet Students and Faculty Members, and Thus Learn More About the Various Issues and Progressions of the Tea Growing Community. Lastly, the Tour Will Cross Over the Mighty Miles of the Brahmaputra River to Arrive At Its North Bank for a Few Days in the Green Expanses of Adabarie Tea Estate. Run By the World’s Largest Tea Producing Williamson Magor Group, the Plantation Has Rich History Dating Back to Mid 19th Century. the Large Estate Runs a Few Classic Properties Each with Their Own Charm and Decor, Where Time Seems to Pass like the Beauty of the Plantations and the Views of Eastern Himalayan Peaks On a Clear Day.

other Than Tea, There are a Lot of Activities Included to Keep You Busy, such as Visits to Tea Auction Center, Local Markets, Monuments, Temples and Villages. Depending On the River Conditions and Season, You Might also Get a Chance to Go On a Sunset Boat Ride in the Brahmaputra, Visit the Island of Majuli, a Hotbed of Ancient Assamese Monastic Culture, and Explore a Nature Sanctuary. the Cuisine Will At Times Be Exotic, Consisting of Tribal, Assamese and Indian. There is also a Chance for An Informal Cooking Lesson with Organic Produces Grown Locally and a Tea Time Elephant Trek Which Will Leave You Thrilled.

Greener Pastures is a small sustainable travel company based in Northeast India which promotes responsible tours and adventures to exotic places, with a prime focus on uplifting local communities and safeguarding the environment. Read More...