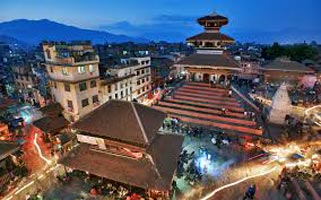 Travel Soft Has Devoted Itself to Make Travelling Fascinating and Less Expensive Since Its Foundation in 2013. the Ceo of the Company, Mr. Sujoy Ghosh, Whole-heartedly Believes in Bringing a Smile On the Faces of His Clients Who Love to Travel Around the World. a Part of Softech Group, Travel Soft is Situated At the Gateway of North East India- Siliguri, West Bengal. Travel Soft Makes It Easier for You to Either Spend Holidays in Exotic Places in India or to Experience the Pleasures of Different Mind-blowing Destinations Across the Globe. Quality and Memorable Experiences are What We Guarantee At Travel Soft. from Booking Airline Tickets to Hotels, Our Assistance Facilitates Your Tours and Makes Sure that You Travel with Comfort and Safety Read More...