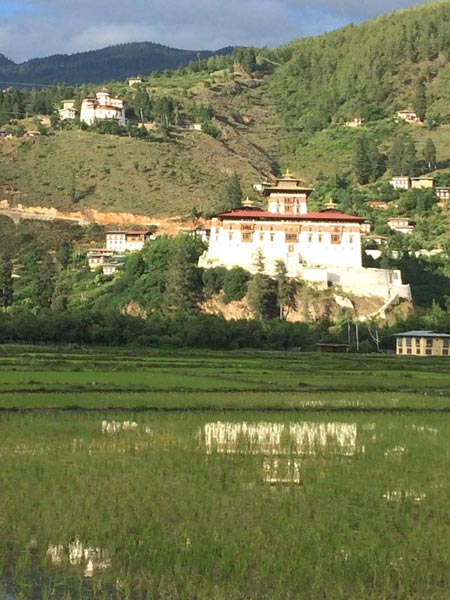 TOUR DESCRIPTION The annual Black-Necked Crane festival is celebrated at the courtyard of Gangtey Goempa in Phobjikha valley. The festival is an occasion for the locals to rejoice and celebrate the arrival of this endangered and majestic bird which becomes an inseparable part of their daily lives during the winter months. The annual black-necked crane festival is organized to generate awareness and understanding on the importance of conserving the endangered Black‐Necked cranes. The festival includes cultural programs such as folk songs and dances (some with black-necked crane themes) and mask dances performed by the local people, crane dances and environmental conservation-themed dramas and songs by school children. TOUR HIGHLIGHT Experience the solemn ceremony of scarf offering to welcome the travelers Enjoy masked and costumed dances to praise the Black-Necked Cranes Discover some of the most sacred medieval fortresses, markets, museums, and temples while traveling through a beautiful landscape of lush valleys, dense forests and rushing streams Hike up to the famous Taktsang Monastery perched on a cliff 900m above the valley floor Marvel at the elaborate and ancient wall paintings and carvings in Dzongs and temples Get chance to taste traditional local delicate: Cheese; barbecued meat; Butter tea; Yogurt; Highland barleywine A chance to try traditional costume of Bhutan Cultural show to witness the traditional dances performed by our team and take part in it A Traditional hot stone bath as a compliment from company to heal your body after a hike to TaktshangFlight into Bhutan via Drukair (can be arranged with us) Flight on another airline to catch Drukair Flight Meals at 4-5 stars restaurants Hotel stay outside of Bhutan Expenditure of personal nature Travel Insurance (can be arranged with us) Tips for the guide and driver Language guide Alcoholic drink

Please check with our operator to confirm the dates