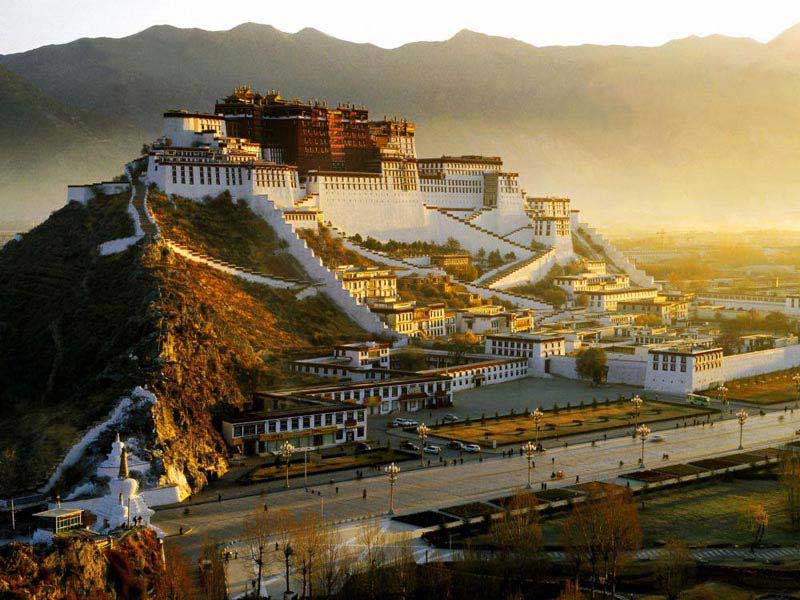 In this 1 week tour to Tibet-Lhasa we will be visiting many monasteries and places. It is the capital city of Tibet carrying its own fame and mystique with the most famous attraction being the Potala Palace, which is the residency of the Dalai Lama. King Songsten Gombo constructed it in the 7th century. To reach Lhasa you will have to take an hour long flight Kathmandu. This flight will offer you the most spectacular mountain views of the beautiful mountain ranges. From here your 7 day tour will commence. Day 01 – Kathmandu to Lhasa Flight to Lhasa Pick up from airport Transfer to hotel Overnight at hotel Day 02 & 03 – Lhasa Acclimatization (Day 2) Visit Jokhang temple Walk around Bakhor Street Visit Potala Palace (Day 3) Visit Drepung Monastery Visit Sera Monastery Overnight at Lhasa Day 04 – Lhasa to Ganden to Lhasa Drive to Ganden Monastery Explore around and back to Lhasa Overnight at Lhasa Day 05 – Lhasa to Shigatse via Gyantse Drive to Shigatse via Gyantse Overnight at Shigatse Day 06 – Shigatse to Lhasa Visit Tashilhunpo Monastery Explore around Shigatse Drive back to Lhasa Overnight at Lhasa Day 07 – Departure Transfer to airport for departureClient and travel insurance Lunch and dinner Personal expenses such as a drink, tips & etc Nepal re- entry visa fee

Are you searching for that perfect holiday package for yourself and your family? Well, you have come to the right place. We, here at 8Eyes Travel aim to provide you the perfect refreshing and adventurous tour package that you desire. We have a bunch of ready-made tour packages and we even make customize tour package, just for you. We are dedicated to make your travel simple & memorable in budget friendly way. We specialize in a complete range of travel-related services and adventure activities, from luxurious to budget class. Read More...