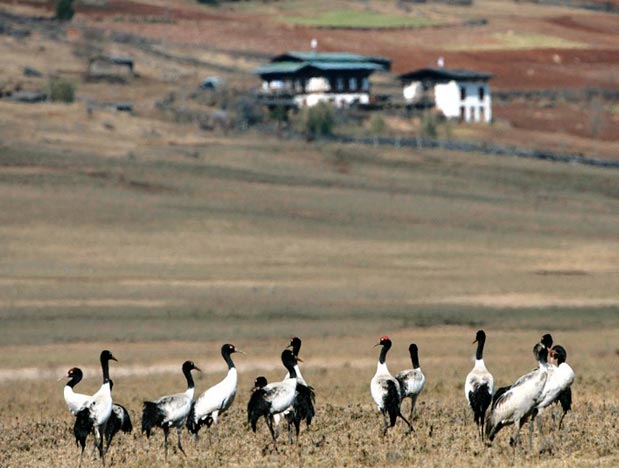 This Seven-day Tour Program Will Let You See the Beautiful Valleys of Paro, Thimphu, Punakha and Phobjikha. the Tour Will Give An Insight Into Bhutan’s Heritage, Culture and Traditions. in the Singularly Unique Capital City of Thimphu, You Will have the Opportunity to See One of the Largest Statues of Buddha and to Visit the Memorial Chorten. You Will also Learn More About Bhutanese Life, Arts and Crafts from the Visit to the Folk Museum, the Institute of Arts and Crafts and the Institute of Traditional Medicines. One Highlight is the Visit to the Trashichho Dzong, the Seat of the Administrative and Religious Power in Bhutan and Which Houses the Throne Room. in Punakha, the Old Capital of Bhutan, You Can See the Punakha Dzong Nestled Between Two Rivers and also Make a Visit to the Sacred Chimi Lhakhang. in Phobjikha, You Will have the Opportunity to Walk Through the Undisturbed Natural Environment Which is Winter Roosting Ground of the Endangered Black-necked Cranes. in Paro, for a Memory of a Lifetime You Can Visit the Memorable Tiger’s Nest Temple Which is Perched High Up in the Cliffs, and also Visit Drugyel Dzong, a Fortress of Historical Significance.