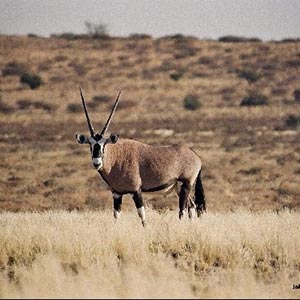 #1
Amont Things to Do in Kalahari

The Kalahari Gemsbok National Park in the far northwest of South Africa forms along with the adjoining Gemsbok National Park in Botswana a huge nature reserve with a total area of 27,000sq.km/10,400sq.mi, of which the Kalahari Gemsbok National Park accounts for 9,600sq.km/3,710sq.mi. Since there are no fences between the two National Parks and animals can roam freely over the whole area, this is one of the last great regions in which animal migrations related to the changing seasons, rainfall and sources of food are still possible. The National Park was established in 1931 to put an end to the activities of the ruthless poachers who were decimating the game and to preserve the herds of springboks and gazelles from extinction. Over large areas the inhospitable semi-desert landscape of the Kalahari has been left unspoiled, with only a few Bushmen ranging from time to time over its endless expanses. The best way to reach the National Park by car is by way of Upington, from which it is 240km/150mi on dirt roads to the park entrance. It is advisable before setting out to inquire about the condition of the roads. An alternative route is from Johannesburg via Kuruman and Hotazel, which involves 300km/185mi of travel on dirt roads. The easiest way to reach the National Park, however, is by air: there are landing strips at the Twee Rivieren and Nossob camps, where cars can be hired (advance booking essential). The Kalahari is a semi-desert region extending over more than 1,000,000 sq.km (380,000 sq.mi) of a basin with no outlet for drainage. Most of the Kalahari lies within Botswana, the western part is in Namibia, and only the southern tip is in South Africa. The endless plains of the Kalahari, covered by a layer of red sand, lie at altitudes of between 800 and 1200m (2,600 and 3,900ft). The sand, formed by the erosion of huge rock masses, has been driven by the wind into dunes. The reddish coloring of the sand is due to the presence of oxides of iron. In the Kalahari Gemsbok National Park areas of dunes in their varying shades of color alternate with expanses of arid savanna. There is no permanent surface water. The beds of the rivers Auob and Mossob run through the National Park, but they have had a flow of water on only three occasions in the past hundred years. In the course of many millennia, however, they have carved out impressive valleys. The Kalahari is not an absolute desert. The part lying within South Africa has an annual rainfall of around 200mm/8in., which supports only a very scanty vegetation. There are some dwarf shrubs, various grasses and succulents adapted to arid conditions. Among the few species of trees are the white-barked shepherd's trees, whose leaves provide shade throughout the year and with their high protein content are a much sought-after source of food. The camel-thorn, which grows in dry river valleys, reaches heights of over 15m/50ft. After rain the desert comes to life with a brief flowering of vegetation. A supply of water for the animals is provided by some 80 windmills along the dry river valleys. Another source of moisture is the tsamma, a melon-like fruit which is 90% water and is eaten both by the animals and the Bushmen. The National Park is named after the gemsbok which is found here in large numbers. Other animals frequently encountered are blue wildebeests, elands and red hartebeests. More rarely seen are black-backed jackals, spotted hyenas, brown hyenas, caracals, leopards, impalas and kudus. The so-called Kalahari lions are not a distinct species but have adapted particularly well to their barren environment and can go without water for weeks at a time. Their main source of food is porcupines. Among the 215 species of birds which have been recorded in the National Park are 50 birds of prey, including the martial eagle, the tawny eagle and the long-legged secretary bird. Ostriches are frequently seen. The National Park is open throughout the year. The gates at the three camps are opened at sunrise and closed at sunset. The hottest months are October to March, when day temperatures of over 40 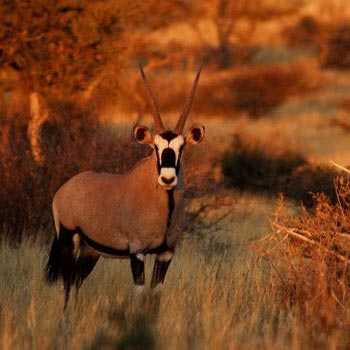 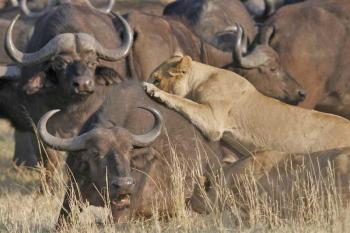 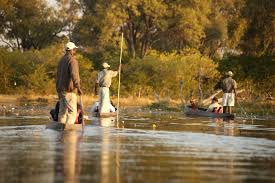 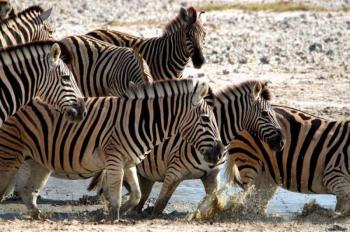 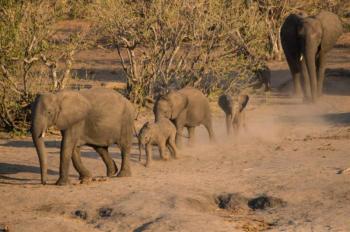 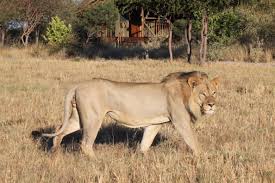 Top Places to Visit in Kalahari

All Places to Visit in Kalahari