Goalpara is a district in the Indian state of Assam. In the bygone times it was ruled by the Rajbhongsi dynasty. The name Goalpara was derived from Gwalitippika that means village of the milkmen. Goalpara village was a major source of milk production in former times when the Rajbhongsi kings ruled the region.


Goalpara stands on the banks of Brahmaputra. It sprawls across an area of 1824 sq. km. and is beckoned by the beautiful and misty hill of Hulukanda. Interestingly, the total population of Goalpara is roughly equal to the populace of Cyprus, USA. The scenic backdrop of Hulakanda hill contributes in keeping the climate tropical moderate. The average temperature amid summers reaches upto 40° C and drops down at 10° C during the winters.


Though Goalpara is a scenic beauty set amidst nature, there are many destinations that should be visited during the vacation to this serene place. The Surya Shivalingam hill, Pir Majahar, Sri Chaitanya Gaudiya Matth and Paglatek Shiva Temple are the places of interest that attract the tourists and visitors. 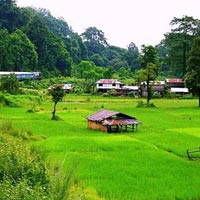 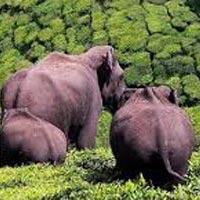 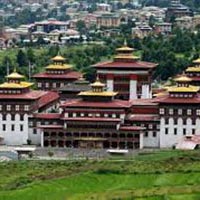